Napoli beat Sampdoria at home and stabilized an isolated lead in Italy. 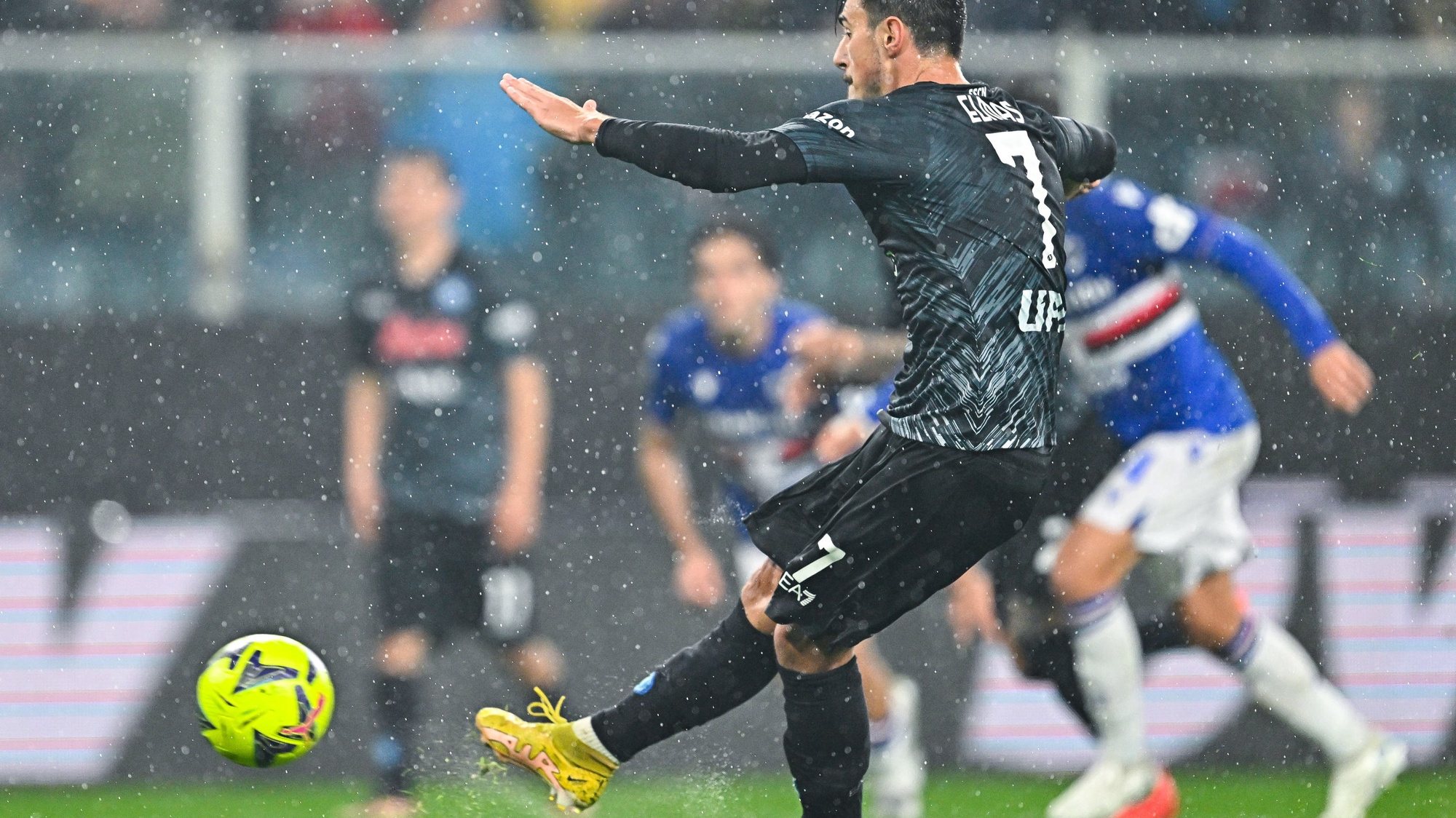 Napoli won 2-0 away at Sampdoria, holding a comfortable lead at the top of the Italian football league on matchday 17, once after losing 1-0 away at Inter.

Already after the third minute, VAR drew attention to a clearly involuntary attack on the Napoli player, for which the referee punished a penalty: Matteo Politano tried to convert, but hit the left post.

Portuguese left-back Mario Rui helped to overcome the situation when, in the 19th minute, he crossed and caught Nigerian Victor Osimhen in a snatch, who made an unprotected rebound.

In the 39th minute, Venezuelan midfielder Tomás Rincón saw a direct red card and was sent off, leaving Sampdoria even more fragile.

In the second half, Napoli did not immediately calm down until VAR again dictated another penalty: this time the Macedonian Eldjif Elmas tried to convert, thus making it 2–0.

Napoli lead with 44 points, seven more than Juventus and eight more than Milan, who will still host José Mourinho’s Roma, sixth on 30 and could use Lazio’s miss to climb into position.

Lazio, with Portuguese substitute goalkeeper Maximiliano, was surprised by Empoli, who recovered in the final minutes from a two-goal loss to draw 2-2, sentenced at 90+4 by Romanian midfielder Razvan Marin.

Curva Norte, the area reserved for Lazio fans, was closed due to racist acts during Wednesday’s match against Samuel Umtiti and Lemak Banda from Lecce.

The metropolitan team is fifth with 31 points, but could be overtaken by Mourinho’s Roma and level with Atalanta, who are also playing today, while Empoli are in 13th place with 19 points.

With Portuguese defender João Moutinho on the bench and striker Leandro Sanca only coming out in the 84th minute, Spezia went nil (0-0) at home against Lecce, leaving them in 17th place with 15 points, six points above the waterline , against 19 from his opponent.

Salernitana and Torino drew 1-1, the outsiders took the lead in the 36th minute with a header from Paraguayan Antonio Sanabria, and in the 49th minute Dutchman Tonny Villena equalized after a counterattack.

Torino are 10th with 23 points and Salernitana are 14th with 18 points.

However, this Sunday is the highlight of Roma’s visit, Friday, to AC Milan, which, if triumphant, will keep an isolated second place.

Share
Facebook
Twitter
Pinterest
WhatsApp
Previous article
Bosnian Serbs awarded the Republic of Sprska with the Putin Medal of Honor for patriotic love.
Next article
Kaleidoscope, in what order to watch the episodes of the Netflix series?

She was kidnapped by the Mexican cartel for 16 days and traveled to five countries for five weeks. Yaima talks about his escape...