Electoral Fraud Allegations and Timing: Differences and Similarities Between the Capitol Invasion and Tres Poderes Square. 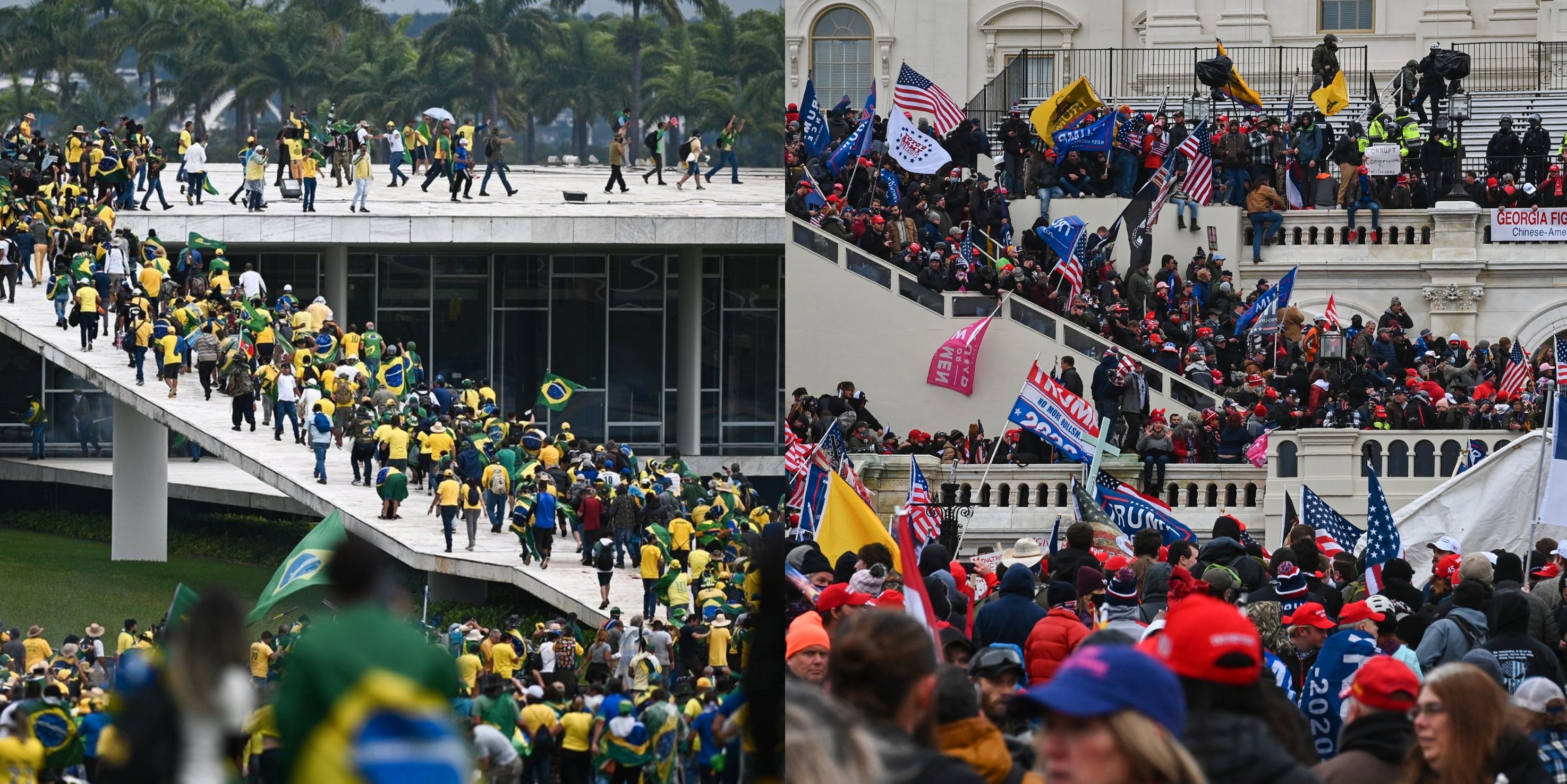 It’s been two years and two days. On January 6, 2021, supporters of Donald Trump invaded the Capitol, home of the US Congress, the main legislative body of the US political system. On January 8, 2023, it was the turn of the supporters of Jair Bolsonaro to invade Praça dos Tres Poderes, where the headquarters of the executive (Palácio da Alvorada), legislative (Congress) and judicial branches of Brazil (Federal Supreme Court) are concentrated.

These two moments represent the culmination of two presidential elections marked by intense and violent election campaign — in which two right-wing candidates seeking re-election failed to do so. Instead of accepting the results, the two leaders claimed electoral fraud and even attempted to challenge the electoral law, leaving the possibility of a coup d’état to overthrow their political opponent in the air.

However, despite the similarities between the Brazilian and American political scenes, there are differences in the starting point that triggered the demonstrations. And even in myself time: is that at the time of the storming of the Capitol, Donald Trump was still president. On the other hand, Jair Bolsonaro is no longer the head of state and is actually outside the country.