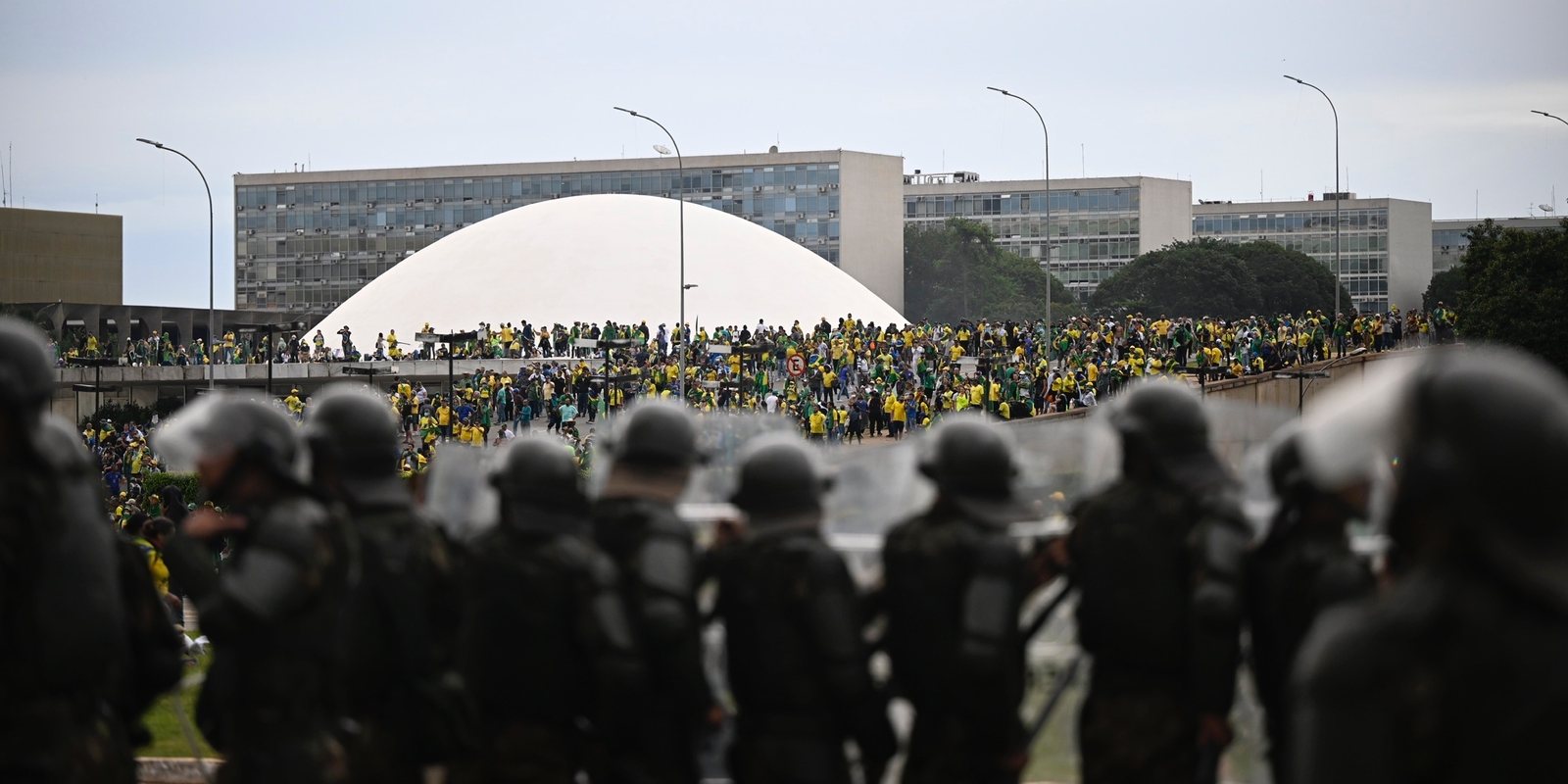 Who opened the Telegram channel Jair Bolsonaro at the beginning of this Sunday night, without having looked at the news earlier, I would not have guessed what happened in Brasilia during the day. Public investment, brazilian aid and spectacle The real ones were the topics that the former president addressed for hours after hundreds of demonstrators broke into buildings that are symbols of power in Brasilia. About the attack by demonstrators who, on his behalf, invaded the buildings of the legislative, executive and judicial authorities of Brazil, not a word.

Half an hour after the Telegram posts — and a few hours after the invasion — Bolsonaro finally commented on the situation in Brazil. The condemnation was timid: “Robbing and breaking into public buildings, as happened today”, He wrote, “go away from the rule”, but they are comparable in the eyes of the former President of Brazil to other actions “carried out by the left in 2013 and 2017”. The former president also said reject “accusations without evidence” that link him to the demonstrations and said that he was always “within the four lines of the Constitution”. three simple tweetsmore succinctly than three Telegram posts praising his government’s past actions.

“Peaceful demonstrations in the form of law are part of democracy. However, the looting and breaking into public buildings that took place today, as well as those practiced by the left in 2013 and 2017, do not fall under this rule.

ONLINE: Ukrainians handed over 63 prisoners to Russia. And a serious situation after the accident in Odessa

ONLINE: Ukrainians handed over 63 prisoners to Russia. And a serious situation after the accident in Odessa

‘Black Panther: Wakanda Forever’ is linked to ‘Ant-Man 3’ and no one noticed

Wild Hearts will receive additional content for free upon release. They do without microtransactions