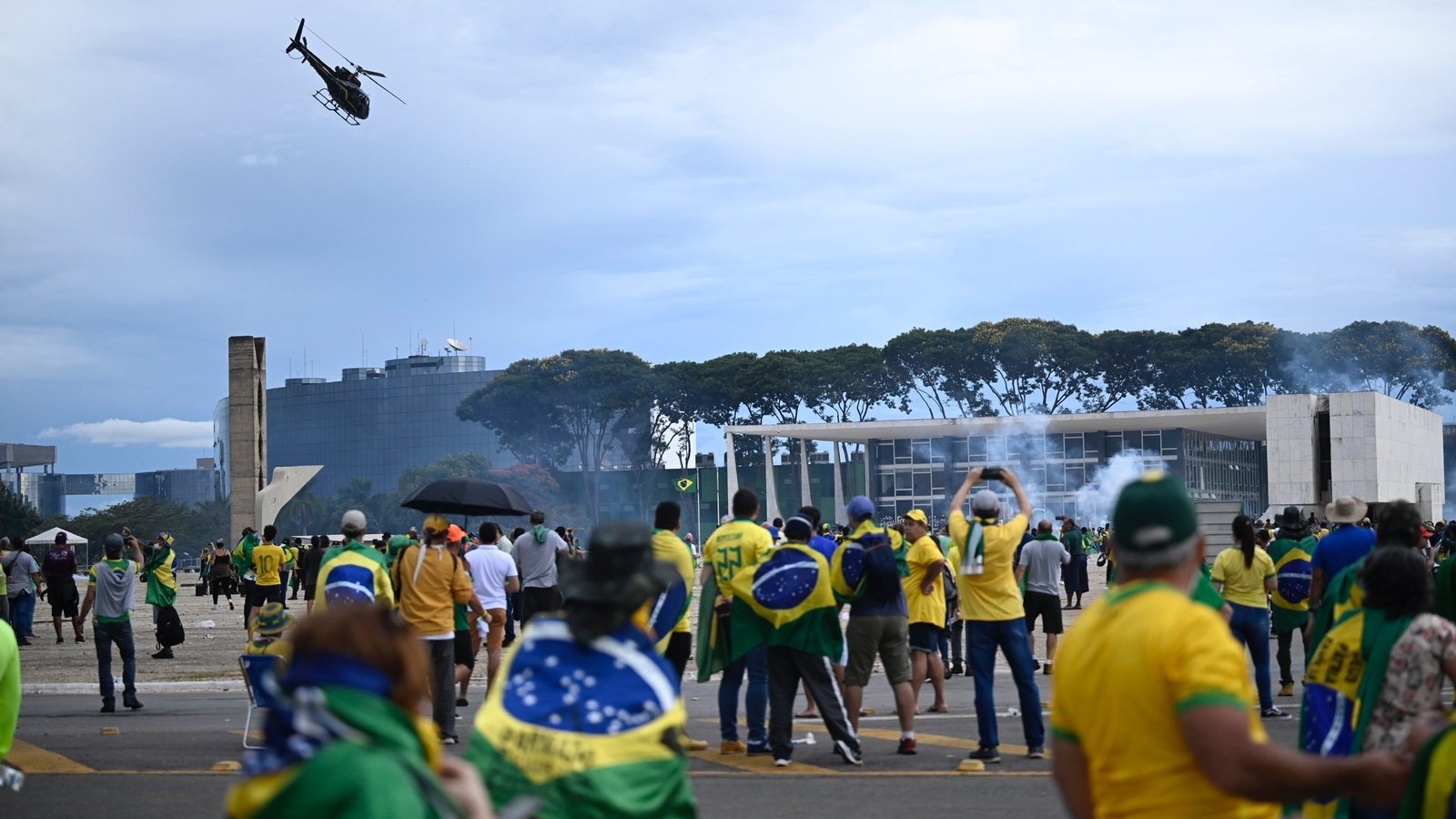 Stay tuned for the latest news on the Brasilia invasion.

“Bring equipment such as helmets, gloves, vests, a gas mask, and anti-gas effect swimming goggles.” This is one of the many posts that will be distributed via WhatsApp from at least January 5th. Thus, the goal will be to organize the invasion that started this Sunday afternoon in Brasilia, in the Plaza Tres Poderes.

The information is disseminated by UOL, which explains how the demonstration was organized, as a result of which at least 200 people have already been detained. According to the platform Palver, which is responsible for monitoring about 17,000 WhatsApp groups that discuss and share content about Brazilian politics, began to spread in various groups. invitations to “take to the streets” of Brasilia.

“It’s his fault too. Lula blames Bolsonaro, returns to Brasilia and issues a federal intervention order to contain the demonstrations.

“Come to the Esplanade (of the Ministries),” some messages indicated. Other also indicated that participants should not leave the territory of the Congress until they have been heard. and some participants spoke of the “explosion of Brasilia”.

The Palver platform tracked thousands of messages, but speech always follows the same line: “Either we now take to the streets and stop Brazil, or our children and grandchildren will pay a bitter price for our omission.”

In addition to WhatsApp, Youtube will also become a tool used to mobilize more protesters. and even ask for donations. By the way, UOL also has videos with directions to Praça dos Três Poderes. For example, in one of the videos, which has over 200,000 subscribers, it says that “no car can enter” and that “there are no police here.”

And it was through Youtube, through live videos, that one could notice that on this Saturday evening there were already hundreds of protesters in Brasilia.