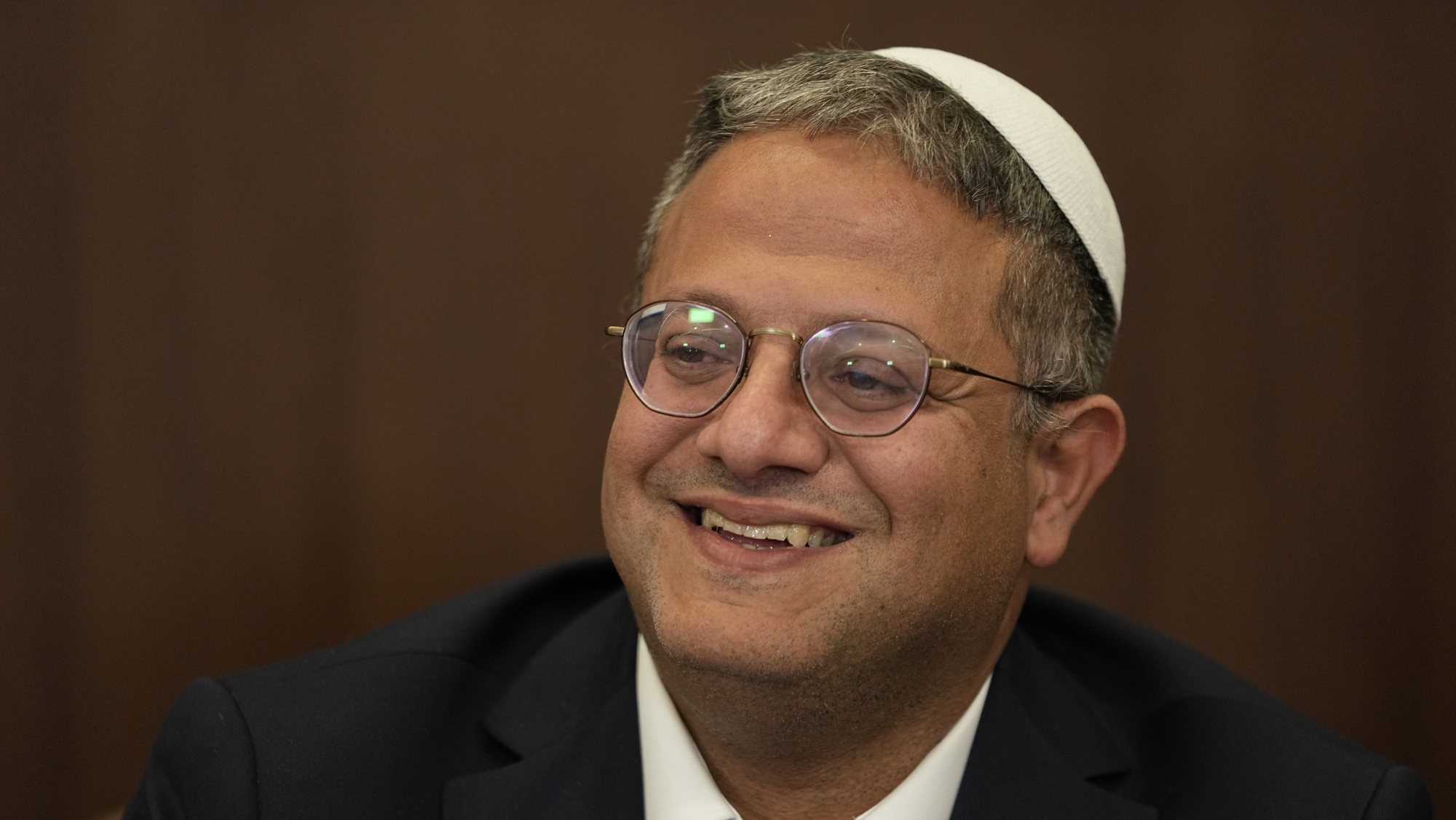 “It is inconceivable that lawbreakers would wave terrorist flags and incite and encourage terrorism.. I have instructed to remove flags that support terrorism from public places and stop incitement against the State of Israel,” Ben Gvir said, according to The Jerusalem Post.

Also, the leader of the ultra-nationalist Otzma Yehudit (Jewish Strength) party said on Sunday that “freedom of expression does not extend to identification with a terrorist and those who want to harm the soldiers of the IDF,” the Israel Defense Forces.

The order came after Palestinians took to the streets to celebrate the release over the weekend of Karim Younis, who served a 40-year prison sentence for killing an Israeli soldier in 1980.

Israeli Prime Minister Benjamin Netanyahu also accused the protesters of “wild incitement that was not condemned by the opposition or the mainstream media.”

On Sunday, the Palestinian government condemned that Israel had canceled an entry permit for its head of diplomacy, Riad al-Maliki, the fourth restriction recorded for Palestinian political figures in one day.

New Friday The Israeli government approved a number of punitive measures against the leadership of the Palestinian Authority in retaliation for the pressure she is putting on the UN against the Israeli occupation.

Among the measures approved by a government security service full of far-right and religiously conservative allies of Netanyahu is one that allows Israel to withhold $39 million (€36.8 million) meant for the Palestinian Authority by transferring that amount to a compensation program. for the families of Israeli victims of the attack by Palestinian militants.

Another measure is Israel’s decision to further reduce the funds it normally transfers to the Palestinian Authority by an amount equal to the amount the Palestinian executive paid in 2022 to the families of Palestinian prisoners and those killed in the conflict, including fighters involved in attacks against Israelis.