The final period of the fall of “Chinese musk”. Jack Ma relinquishes control of Ant Group 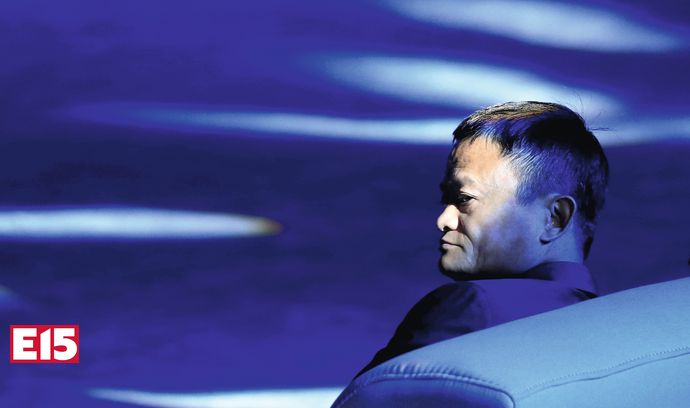 Chinese billionaire and Alibaba co-founder Jack Ma no longer controls fintech company Ant Group. The shareholders of the company agreed to change the ownership structure. Mao’s stake in the company will drop from over fifty percent to 6.2 percent. This completes the downfall of the previously important and media-spoiled businessman who used to be compared to Bill Gates or Elon Musk.

Ant also said that its ten major shareholders, including Mao, would no longer vote in unison, but would vote each for themselves so that none of them had sole control of the company. “This will make the company’s shareholder structure more transparent and diversified” and “will not change the economic interests of any of the shareholders,” the company said in a statement.

However, according to Western commentators, the reasons are different, and the Chinese government is trying to further humiliate the Ant Group and its outspoken founder. “Jack Mao’s departure from the Ant group he founded shows the determination of the Chinese leadership to reduce the influence of large private investors,” said Andrew Collier, managing director of Orient Capital Research. “This trend will continue to destroy the most productive parts of China’s economy,” Collier adds.

Investors see the news as a signal that Chinese regulators’ tough approach to the country’s tech sector is coming to an end. On Monday, Alibaba’s stock gained 8.66 percent to HK$110.4 a share, while shares of companies associated with Ante or Alibaba by ownership, such as Longshine Technology Group (up 8.38 percent), also gained significantly.

“It is hoped that we have already passed the peak of regulatory severity, and in the future the Chinese government will pay more attention to the economic prosperity of the corporate sector,” says Tomasz Pfeiler, portfolio manager at brokerage Cyrrus.

Ant Group, a subsidiary of Alibaba, was considered the most valuable fintech company in the world, and its Alipay app is still the most used online payment platform in China. However, its founder, Jack Ma, drew the ire of communist regulators after publicly criticizing China’s financial system in the fall of 2020 and comparing the country’s state-owned banks to pawnshops.

The Chinese authorities subsequently subjected Ant Group to a strict investigation and prevented its planned listing on the stock exchanges in Hong Kong and Shanghai, which was supposed to be worth $37 billion, almost 830 billion crowns, the largest IPO in history and could make Mao the richest Asian. Regulators later ordered the firm to restructure its business.

Since then, Ma himself has withdrawn into himself, does not communicate with journalists and only occasionally appears in public. He was spotted at a restaurant in Bangkok, Thailand last week after a long break. Otherwise, he had to stay mostly in Japan lately. Last summer, Blesk reporters photographed him playing golf in the Albatros resort near Rudna u Prague. However, then the media failed to find out the reason for his trip to the Czech Republic.

Some analysts believe that Mao’s departure from Ant Group will finally clear the way for the company’s listing. However, on Sunday the company announced that it does not plan to conduct an IPO anytime soon. “In addition, China’s domestic Class A share market requires companies to wait three years to go public after a change of control. In the Shanghai STAR market, the wait is two years, and in Hong Kong it is one year.

According to Bloomberg, Jack Ma is the 34th richest person in the world. His net worth is currently estimated at $34.1 billion. He ranks fifth among Chinese entrepreneurs.

Share
Facebook
Twitter
Pinterest
WhatsApp
Previous article
Let yourself be enchanted by the beauty and fun of the most colorful cities in the world!
Next article
Karel Steigerwald: Babis has finally arrived. he is not guilty