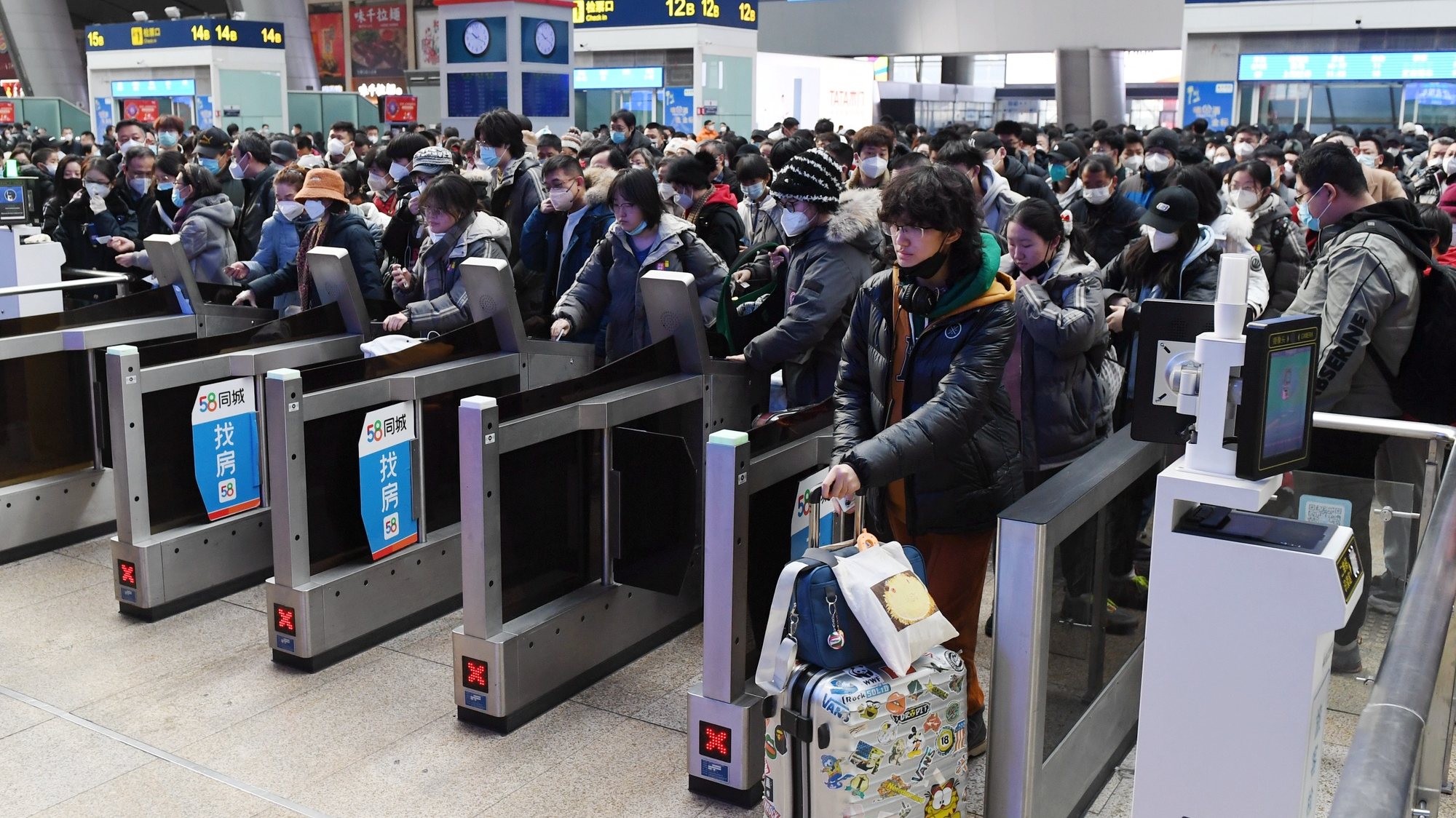 The number of trips made in China on the first day of the Lunar New Year tourist season increased by 38.2% compared to 2022 after Beijing lifted epidemic prevention measures.

According to the official Xinhua news agency, the total Last Saturday, 34.7 million trips were made.the first day of the 40-day period during which the Chinese usually return to their homeland to celebrate the Lunar New Year, the main holiday for Chinese families.

This period, which largest annual migration on the planetin the past two years have been affected by the preventive measures against Covid-19 in China under the policy of “zero cases” of Covid-19.

Despite the increase in travel, the data is still 48.6% lower than the first day of the 2019 tourist season, the last Lunar New Year before the pandemic.

In December, as part of the end of the “zero Covid” policy that had been in place in the country for nearly three years, the Chinese government lifted restrictions on domestic travel, including the requirement for negative PCR tests for plane or train travel. and trip logging through the location app.

Each city or province also had its own policy: Beijing, for example, denied entry to travelers arriving from areas where Covid-19 cases had been reported in the previous seven days.

Chinese health authorities have already asked rural areas where many urban migrant workers come to prepare for the spread of Covid-19. Some cities in the country have already passed the peak of outbreaks of the new coronavirus, but it has not yet spread to the countryside and small urban centers.

The State Council, China’s executive branch, in mid-December urged local governments to prioritize these areas “to protect the public,” pointing to the “relative lack of health care resources.”

The easing of restrictions was preceded by an unprecedented wave of infections in the Asian country, which triggered scenes of heavy hospital workload in several cities.

The rapid spread of the virus across the country casts doubt on the official figures, which report only a few recent deaths from the disease, despite the fact that localities and provinces estimate that a significant part of their population has become infected.

Chinese spy balloons hover over America: what do we know about them? One “lurked” near a nuclear weapon

Coronavirus ONLINE: 440 cases on Friday in the Czech Republic. There are 295 people in hospitals.

100 km/h on the highway, 30 km/h in the city. Austria is considering a proposal to limit the maximum speed

Actress Melinda Dillon has died at the age of 83.