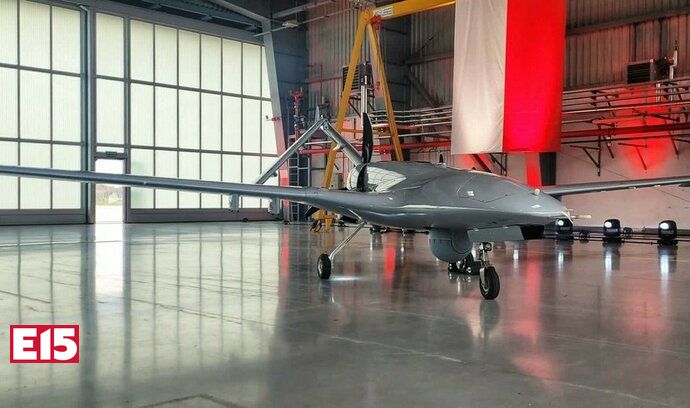 After the conflicts over Nagorno-Karabakh in 2020, the war in Ukraine also shed light on how important drones are on the battlefield. Both conflicts showed that these technologies could attract new players to the global arms trade. Ankara and Delhi are replacing traditional suppliers and using drone exports to spread their influence. The Turkish military industry is developing not only thanks to Bayraktar, and the country is moving towards the top ten exporters of military equipment.

The Turkish Bayraktar TB2 drone became a legend shortly after the Russian invasion of Ukraine. However, according to experts, these drones of the Baikar company, which is run by Selçuk Bayraktar, the son-in-law of Turkish President Recep Tayyip Erdogan, have already played a big role in Azerbaijan’s victory in the war with Armenian troops over the Nagorno-Karabakh Republic. Karabakh in 2020.

And they flashed in Libya, where Turkey intervened in favor of the government of national unity, and the countries of the Persian Gulf on the other side of the barricades with Chinese Wing Loong drones.

Orders for Baykar are now flooding in.

In any case, Baykar has no shortage of affordable product sales. Contracts have been signed with 27 countries, including Poland and Qatar. More recently, just before Christmas, Albania has been added to the list, and there is talk of interest from Kosovo and Italy. Therefore, the company plans to expand production from two hundred to five hundred units next year and wants to build a plant in Ukraine.

Probably the most important market not only for Bayraktar, but also for other Turkish drones is Central Asia, which was also facilitated by the war in Eastern Europe. “Russia’s military aggression against Ukraine has caused the Central Asian states to be deeply concerned about Moscow’s regional intentions,” Suleiman Ozeren of the American Orion Policy Institute told Forbes.

At the same time, he argues that the sale of Turkish drones to the region is more than just a profitable business and the technological complexity of the product. “Through drone diplomacy, Turkey wants to add another layer to its political, economic and military cooperation with members of the Organization of Turkic States,” he said.

Thus, “drone diplomacy” is an increasingly popular term for situations where a state sells or even provides drones to allied countries for free to increase its influence. “Turkey uses its drones not only for simple arms deals, but also as part of a broader strategic policy. The sale of drones also leads to even more profitable long-term partnerships in the areas of training, technical assistance, spare parts and ammunition,” wrote Christopher Yakubek from Middlesex University London for security website Security Outlines.

However, Turkey is not the only country that behaves in this way. The supply of Iranian Shahid-136 and Mohajer unmanned aerial vehicles to Russia, which uses them to strike at Ukrainian targets, caused a great resonance. Moscow has probably already received hundreds of such funds from Tehran.

However, even before there was talk that they contributed to the strengthening of the Lebanese Hezbollah, and hence Iranian interests in the Middle East. They also left their mark on Iraq. The Persians also supplied the Yemeni Houthis with their technology, which they used to attack Saudi targets. But Iran’s ambitions extend to Central Asia and South America, with factories to produce their drones set up in Tajikistan and Venezuela.

“The deployment of the Shaheed and Mohajer drones provided Iran with an important propaganda opportunity,” Stephen Feldstein of the Carnegie Endowment for International Peace think tank notes in his analysis of Ukraine. According to her, in this way Tehran has attracted the attention of other potential customers, especially those who, due to their reputation, are unlikely to receive weapons elsewhere. “Most importantly, Iran sees Ukraine as an opportunity to rebuff US interests and bleed an American ally,” Feldstein adds.

According to Foreign Affairs magazine, the emergence of exotic players with no tradition of exporting aircraft is to some extent due to restrictions on exports from countries that initially led the production of drones. This is primarily the United States, which is part of an agreement to control the spread of missile technology. As a result, authorities often stopped selling drones to allies. The situation was taken advantage of by China, Israel and Iran, which did not sign the agreement. However, this state of affairs has become difficult to maintain because, according to experts, it burdens troubled states and damages American foreign policy.

In addition, Russia’s interest in Iranian ballistic missiles proves that drones can indeed serve as a vanguard, making it easier for their exporters to export other goods and thereby also increasing their influence, the magazine notes. After all, even in the case of Turkey, Bayraktar is now the most famous element of military exports, but far from the only one. In recent years, the country has managed to create a strong military sector.

For example, Turkey contributes to the modernization of the Ukrainian Navy with Ada-class corvettes and supports the Ukrainian army with armored personnel carriers of the BMS Kirpi. Between 2021 and 2021, Turkey’s income from foreign arms contracts increased by 42 percent, according to the Atlantic Council think tank. The industry employs 75,000 people and is expected to reach $4 billion in exports last year.

Between 2017 and 2021, Turkey was already the twelfth largest arms exporter, according to the SIPRI Institute, and compared to the previous five-year period, its exports increased by a third. The institute also reported that five countries in the Middle East – three Israeli and two Turkish – were among the top 100 arms sellers in 2021. At the same time, these top five experienced the largest sales growth of 6.5%.

Turkish company Aselsan ranked 56th, while Turkish Aerospace moved up 23 positions to 86th. For example, this company supplied the Philippine Air Force with several dozen T129 Atak helicopters, many African countries are also interested in the products of the Turkish aviation industry.

However, Turkish ambitions may start to conflict with the interests of other countries, especially China in the case of Central Asia. “The Libyan Civil War was a major showcase for the Bayraktar TB2, which outperformed the Chinese Wing Loongs. Accordingly, China views Turkey’s unmanned diplomacy in Central Asia as a threat,” Ozeren said. In addition, it is not clear whether potential buyers in the future, in a difficult geopolitical situation, will prefer preferred suppliers and above-standard connections, or will try to diversify their purchases.

Share
Facebook
Twitter
Pinterest
WhatsApp
Previous article
The protesters tore off the hands of a “rare” watch brought to Brazil by D. Juan VI and donated by Louis XIV.
Next article
state point. What happened on the 320th day of the war in Ukraine?

Petr Fischer: The Germans are already saving even on organic products. Sensitivity to animals goes away

Sexy billionaire Kylie Jenner: The trouble with the fans irons the photo of the bust!