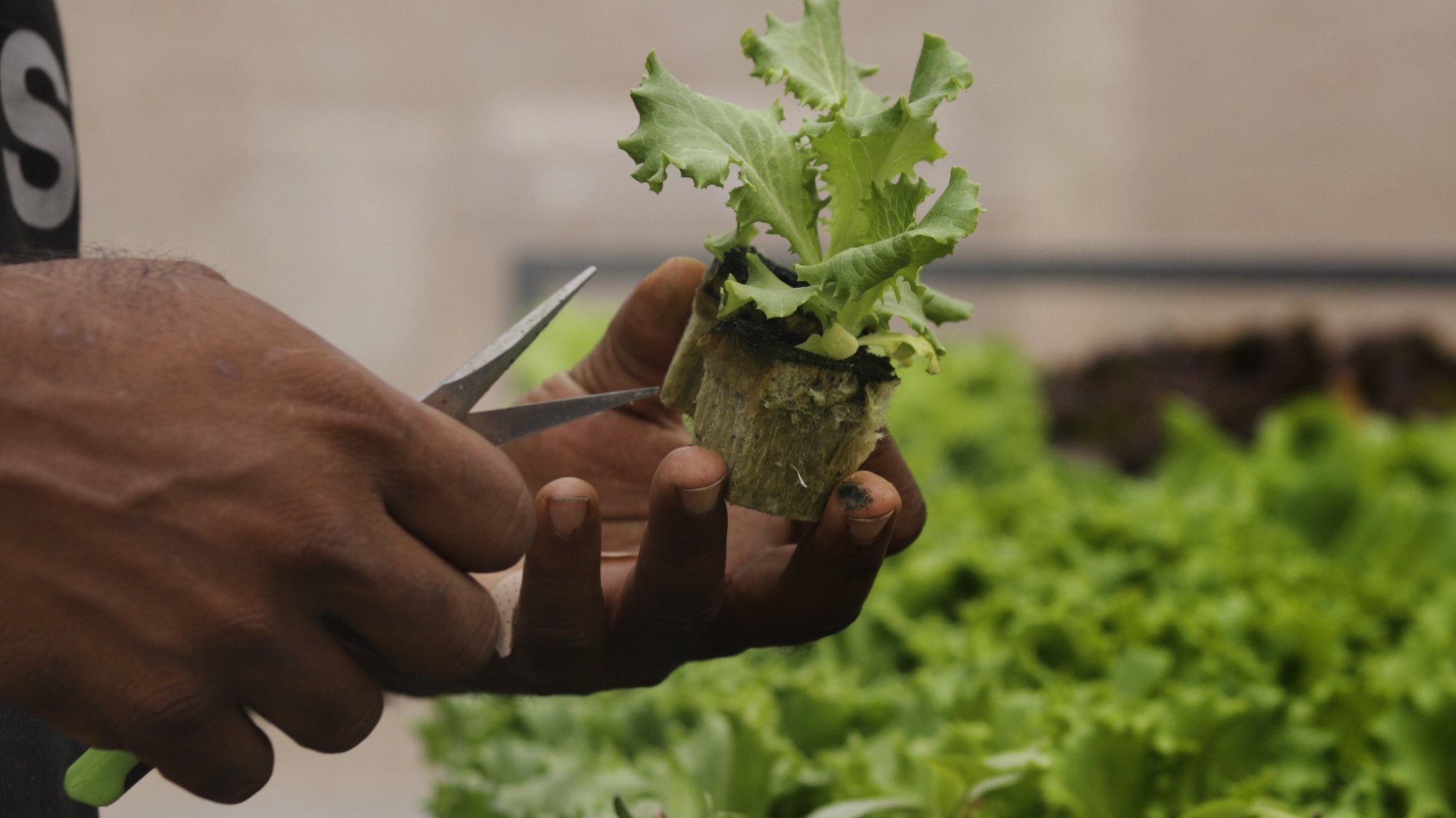 Lettuce, tomatoes, cucumbers, peppers, arugula or basil – many of the vegetables are grown on the farm of Elder Silva, who introduced aeroponics to Cape Verde – a growing method that requires 90% less water and land.

Helder Silva, 48, is well known in the Cape Verdean music scene as Havy H, but now he is the face of the archipelago’s introduction of aeroponics, an agricultural technique that consists of vertical landing in towers of about two meters. high height.

The idea began to take shape after research conducted during the 2020 Covid-19 pandemic lockdown.

“I saw only two phrases that caught my attention: this is agriculture, where there is 90% less water and 90% less soil. So, as a Cape Verdean, I said: it must be oil or gold from Cape Verde, because that’s exactly what we don’t have, no rain, no water, and little agricultural land,” he described in an interview with Luz Agency.

And so he proceeded with the desire to introduce this technology from the United States in Cape Verde, the country where he studied and lived for about eight years, by contacting a delegate in Ibiza, Spain, who in turn authorized him to be the representative of the brand in Cape Verde. Verde and the rest of Africa.

The hardest part, recalled the manager and chef from Praia, was finding funding in Cape Verde, which came through a government endorsement loan from a commercial bank, not only for aeroponics, but also to build a 1,000-square-meter farm in San Francisco, a village southeast of the city of Praia.

“And since then it has been two years of great struggle, because this project is being implemented in a month, 45 days.”he said, noting that a container of aeroponics materials worth about $60,000 (€56,500) had arrived in the country.

The first plantation at the Afroponic Purahvida farm took place on October 2, 2022, and since then the current farmer has harvested a little bit of everything: from cucumber, okra, lettuce, beets, broccoli, mustard, flowers, aromatic herbs, chili, parsley. , coriander, cabbage in two months, which he says are still experimental, but with production three times faster than usual and with a monthly cost of 60 thousand escudos (544 euros).

“And most importantly, it uses 90% less water,” insisted the promoter, given that this is a big part of the solution for Cape Verde and for Africa with countries with large areas but suffering from long periods of severe drought.

“It is so simple, so easy, because you sow sitting, you plant seated, you wait and you reap. There is no hoe, no manure, no pits, no work in the soil,” he noted, pointing out that with this technology, roots and plants remain in oxygen, from where they receive pure minerals.

Admitting that he knew nothing about farming two years ago, Elder Silva now treats vegetables like it has always been the case, but he says the idea is to bring the technology to the people, waiting for an institutional or private “will” to move forward. forward.

“In two months, Cape Verde will not need to import any vegetables, because all types of vegetables are produced here except tubers,” said the official, who already places the products in a supermarket in Praia and also delivers to private homes through the group on the social network, where he also does a lot of promoting technology.

Another advantage of aeroponics, according to the Cape Verdean promoter, is that organic produce can be grown anywhere, in the backyard, on the terrace or porch of the house, and in squares, since it requires less space than conventional agriculture or hydroponics.

Far less energy is also used to power the towers and keep the water circulating, and in this case, that comes from solar panels that power a 35 Wh (Wh) aquarium pump, which is practically the equivalent of a mobile phone charger.

This device only works three out of every 15 minutes, for a total of 12 minutes per hour in each of the 100 towers, each of which occupies two square meters, including circulation space.

With “nearly zero” maintenance and a man to help clean up, the farm was set up in two days by the promoter and his wife, who planted the seeds at home on phenolic plates to then transfer the seedlings to the towers. .

“The work is minimal. When mass production starts, people will be needed to package and distribute it,” predicted Heavy H., hoping that this idea will reach all of Cape Verde, which now has the first private farm in Africa.

“I am doing my part to promote it,” he assured, noting that there were already several people interested in the idea, but it all comes down to the issue of financing, one of the biggest problems that those who want to start a business in Cabo point out. -Verde.

But Elder Silva believes that aeroponics is “the future in the present” and that technology will dominate agriculture in five years, with all the benefits mentioned and more, at a time of rising prices for many staples due to the war in Ukraine.

Seeing himself as a representative of the North American brand in Cape Verde, rather than a reseller, Silva has already installed six towers in private homes, stressing that the country will soon be able to provide itself with vegetables.

He also created 20 structures in the SOS children’s villages in Assomada, in Santa Catarina de Santiago, which he says made him even happier because the goal of introducing technology in the country is to help the most needy, reduce food prices . and make people eat better.

He said the project is so successful that starting this month, the farm will welcome visitors from Senegal, Cameroon and Guinea-Conakry, and the idea will be installed in those countries later.

“That’s why I take it slowly, I want other people to do the same, I just have a ‘showroom’ so they can see the technology. I don’t want to compete with any farmer, any producer,” assured the promoter, who delivers vegetables directly from the farm to the table of Cape Verdeans.

Share
Facebook
Twitter
Pinterest
WhatsApp
Previous article
Electric cars will not solve the emission problem. Long-term study has confirmed the link with diseases that you definitely do not want to get sick
Next article
Huawei comes MateBook D 15 and D 14 with 11th generation Intel Core