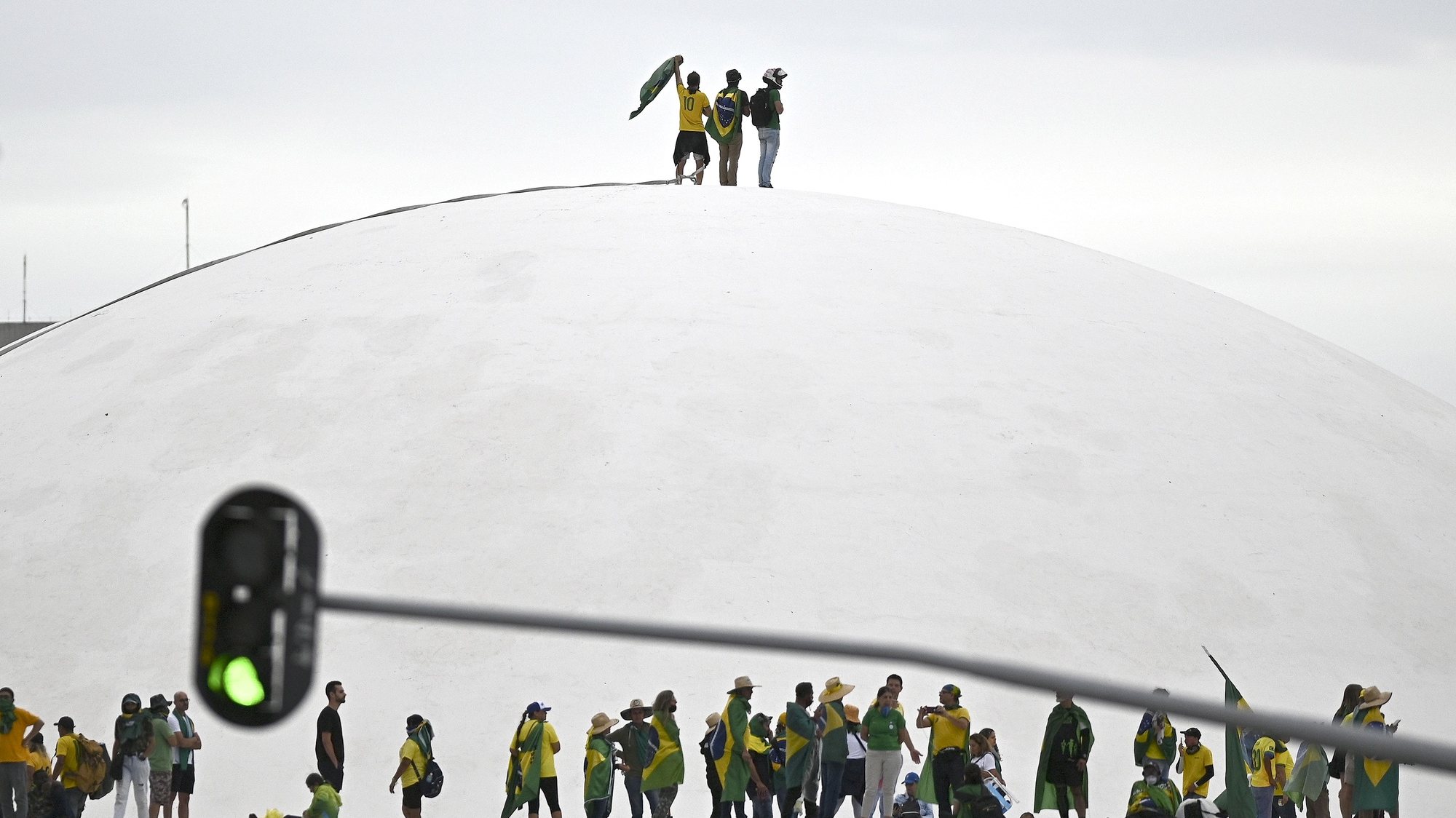 A Brazilian minister and MP condemned that supporters of former President Jair Bolsonaro stole a firearmkept in the presidential palace in Brasilia, during Sunday’s invasion of the headquarters of the country’s three powers.

Paulo Pimenta, Minister of the Brazilian Presidential Secretariat for Social Communications, showed two empty firearms boxes on a partially burned sofa in the Planalto Palace, according to videos and photos posted on Twitter.

This is how the GSI armory was left after the terrorists invaded the Planalto Palace. Everyone must be identified, held accountable and severely punished by law so that democracy does not suffer from this kind of violence again. Zero tolerance for terrorism! pic.twitter.com/S4PpBPmtOZ

Deputy Wadih Damus, who accompanied Paulo Pimento, stressed that the robbers “had information” about what is stored in the Presidential Institutional Security Directorate, as they took weapons, ammunition and documents.

Despite the damage, President Luiz Inácio Lula da Silva assured that he would resume work at the Planalto Palace this Monday in a message posted on Twitter on Sunday.

“The coup plotters who contributed to the destruction of state property in Brasilia are being identified and will be punished (…). Democracy always”, he stressed.

Lula da Silva left Brazil on Sunday afternoon for an official visit to the city of Araraquara in the interior of the state of Sao Paulo in solidarity with the population affected by heavy rains in the region.

Supporters of former Brazilian President Jair Bolsonaro invaded and vandalized the country’s tri-power headquarters in Brasília on Sunday, forcing a federal intervention to restore order and drawing condemnation from the international community.

However, the military police succeeded in regaining control of the headquarters of the Federal Supreme Court, the Congress and the Planalto Palace, as well as the complete liberation of Tres Poderes Square in the Brazilian capital, in an operation that also resulted in at least 300 arrests.

The invasion came after Brazilian far-right militants, supporters of Bolsonaro, who was defeated by Lula da Silva in last October’s elections, called for protests at the Esplanada dos Ministérios in Brasilia.

Share
Facebook
Twitter
Pinterest
WhatsApp
Previous article
Honda and Sony announce the Afeela brand. Their machine will be something like a mobile Playstation available in 2025.
Next article
The center has resigned, the fall of the left continues. Did he help Babis? And is he heading to CSSD?