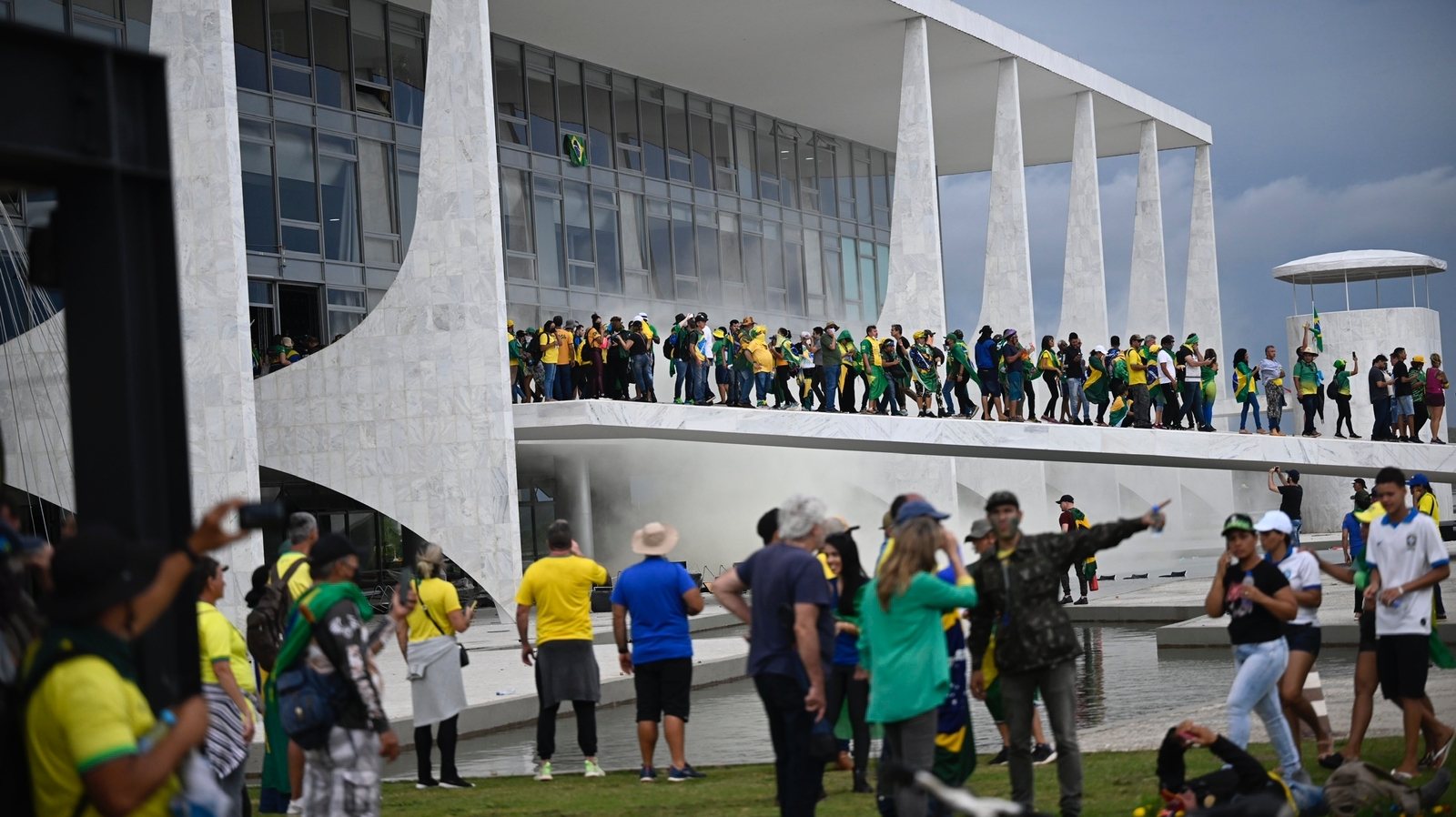 Social networks Facebook and Instagram will remove from their platforms all content that supports the violent invasion of the headquarters of the Brazilian executive, legislative and judicial authorities this Monday, according to the Brazilian newspaper Folha de São Paulo, citing the voice of Meta door, the company that owns these social networks. networks, as well as the WhatsApp application.

In addition to removing content that supports the intrusion, Meta is also cooperating with the Brazilian authorities, Folha de São Paulo said. Prior to the October 2022 elections, the Meta classified the Brazilian territory as a high-risk temporary location.

Jair Bolsonaro was hospitalized in the United States, writes the newspaper O Globo. About 1200 people were detained after the invasion of Brasilia

“Even before the election, we designated Brazil as a temporary high-risk location and began removing content that encourages people to take up arms or invade Congress, the Planalto Palace and other public buildings,” the company explained. “On Sunday, we also identified this action as a violation, which means we will be removing content that supports or extols these actions.”

“We are actively monitoring the situation and will continue to remove content that violates our policies,” Meta added.

Folha de São Paulo notes that Meta’s decision to remove this content may later affect the number of images available to participate in the lawsuit against the invaders. A Brazilian newspaper cites the example of the invasion of the US Capitol: in this case, the images posted on social networks were vital to the investigation of crimes.

In the case of YouTube, the video platform continues to apply general standards for content moderation, which include individual analysis to detect violations of its policies. “We are monitoring the situation in the Brazilian capital regarding the public spaces of the institutions in Praça dos Tres Poderes,” reads a YouTube note cited by Folha de São Paulo.

YouTube specifies that it removes content that violates the platform’s policies, “including live broadcasts and videos that incite violence.”

“In addition, our systems display content from trusted sources on the homepage, at the top of search results, and in recommendations. We will remain vigilant as the situation continues to evolve,” the company added.

Electoral Fraud Allegations and Timing: Differences and Similarities Between the Capitol Invasion and Tres Poderes Square.

Share
Facebook
Twitter
Pinterest
WhatsApp
Previous article
Google Pixel Buds Pro at lowest price ever at Amazon
Next article
Lunches in school canteens can cost up to 20 percent more. How expensive will Prague schools be?