Zelensky told Kostya about “cooperation in the field of security” 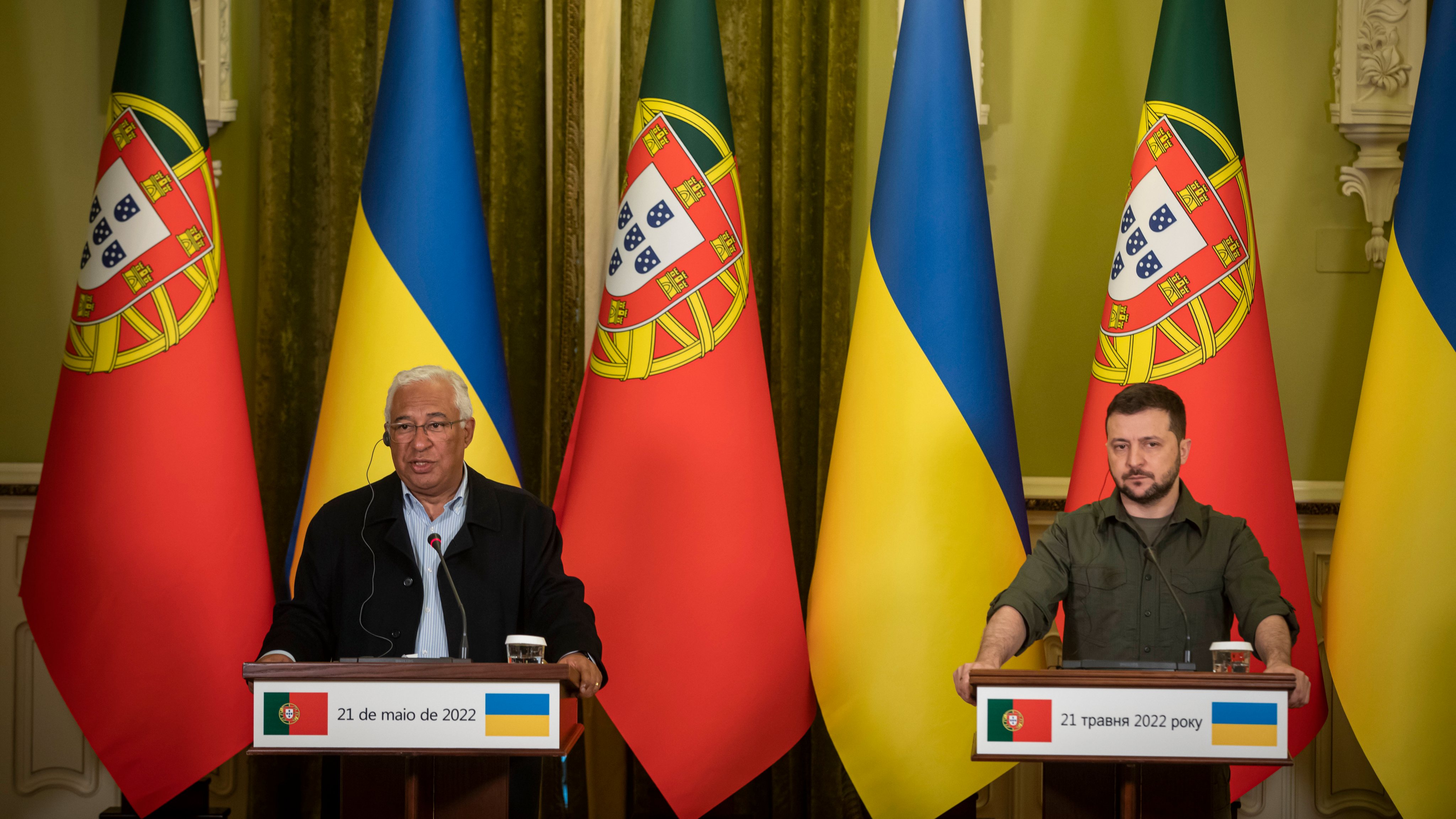 President of Ukraine Volodymyr Zelensky on Monday thanked the Prime Minister of Portugal for supporting Ukraine’s energy system, recalling that he spoke with António Costa about security cooperation.

“We talked about cooperation in the field of security. I thanked him for the readiness with which he provided effective support to the energy system of UkraineZelensky wrote on his social media account. twitterreferring to a conversation with the head of the government of Portugal.

Conversation with the Prime Minister of Portugal @antoniocostapm. We talked about cooperation in the field of security. Thank you for your readiness to provide effective support to the energy system of Ukraine. We also discussed specific steps to implement our #Formula Peace.

The Ukrainian energy system has been hit hard by several waves of Russian attacks targeting the country’s main infrastructure, resulting in frequent and consecutive power outages, as well as limited access to energy for heating the population.

Zelensky added that during the conversation he discussed with Antonio Costa “concrete steps” to implement the “peace formula”plan for negotiations on the conflict, which began in February last year and which the government of Ukraine wants to complete by spring.

The Ukrainian leader received the support of Western allies for this peace plan, including the United States and the European Union, but Russia has already rejected this initiative.

The peace plan proposed by Kyiv includes several points, such as the restoration of the territorial integrity of Ukraine, the complete withdrawal of Russian troops, the cessation of hostilities, the release of prisoners, and the creation of a court to try war crimes committed by the forces. under the command of Moscow.

In response to Zelensky, the Portuguese Prime Minister promised to increase humanitarian support and participation in the proposed “peace formula”.

“Portugal will strengthen humanitarian and military support for Ukraine and will also actively participate in the Peace Formula proposed by President Zelensky”, – wrote the leader of the Portuguese executive in twitter.

I spoke to the president today @ZelenskyYa. #Portugal step up humanitarian and military support #Ukraine and will also actively participate in the Peace Formula proposed by President Zelensky. pic.twitter.com/MnxhyjKwEm

Prime Minister of Portugal was in Kyiv on May 21 last yearmet with President of Ukraine Volodymyr Zelensky and expressed Portugal’s readiness to participate in the program for the restoration of schools and kindergartens in Ukraine or, as an alternative, to sponsor the reconstruction of a territorial site that will be indicated by the authorities to the Ukrainians.

Among the options for restoring the destroyed territories in Ukraine, the leader of the executive branch of Portugal preferred schools and kindergartens, saying that the Portuguese state has a recent experience in implementing these programs to modernize educational institutions.

In Kyiv, following a meeting with Prime Minister of Ukraine Denys Shmyhal, Antonio Costa signed an agreement on providing financial support to Ukraine in the amount of 250 million euros.

A month after the trip to Kyiv, on June 21, António Costa and Volodymyr Zelensky spoke by phone about the process of Ukraine’s accession to the European Union.

In this conversation, the Prime Minister confirmed “Portugal’s support for granting Ukraine candidate status in the process of its accession to the European Union.”

The Prime Minister also said that he had informed the President of Ukraine of Portugal’s readiness to “deepen political and technical support for the process of Ukraine’s accession.”

Share
Facebook
Twitter
Pinterest
WhatsApp
Previous article
UK and EU make progress in Northern Ireland talks
Next article
The Bale case: after a career, there will be a residue. You have tarnished your legacy at Real Madrid.