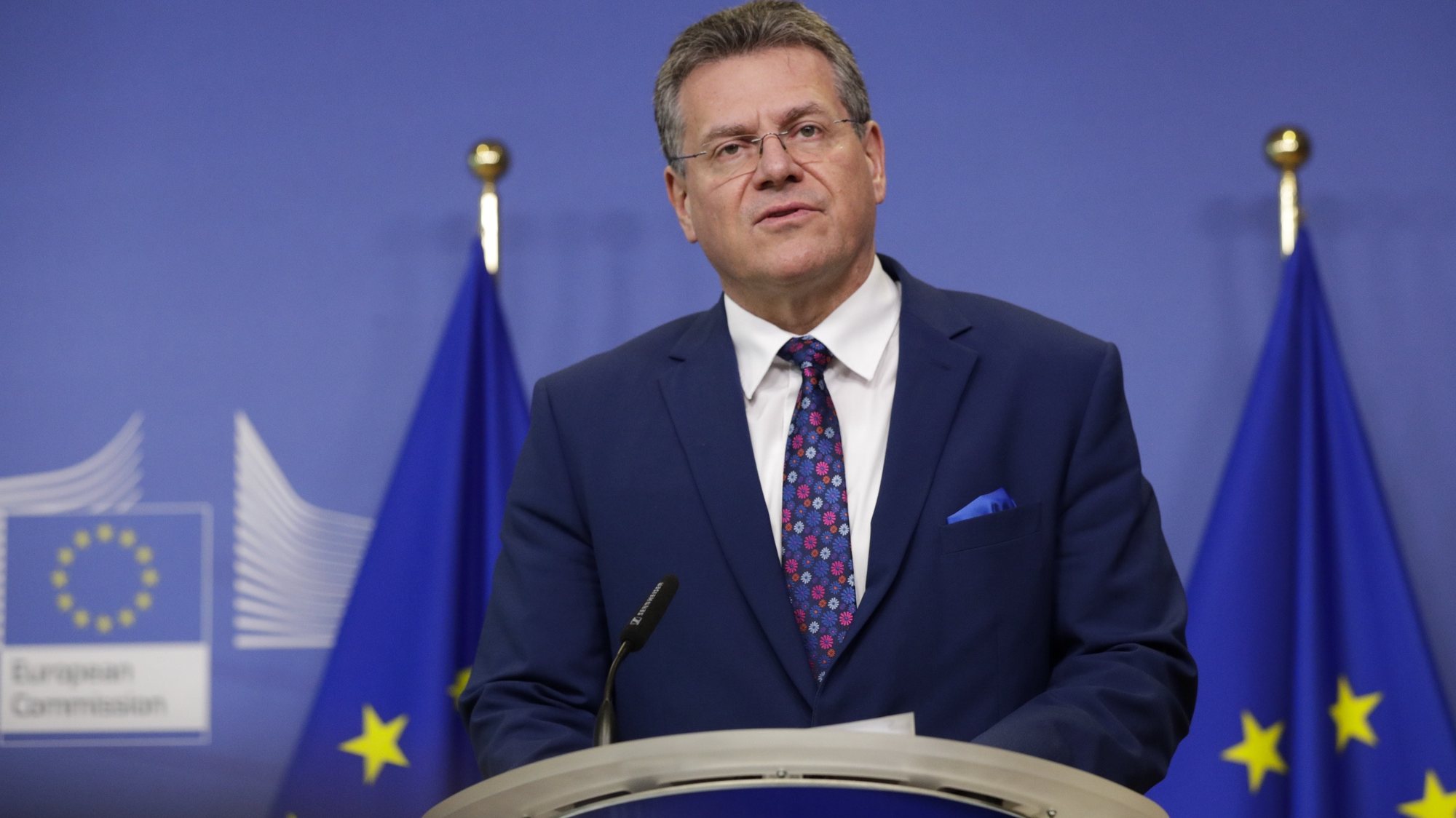 The United Kingdom and the European Union (EU) said on Monday that they had made progress on the issue of Northern Ireland at a meeting in London between European Commission vice-president Maros Szefkovic and the foreign minister. James Cleverly.

In a joint statement, the officials said that “although a number of critical issues need to be addressed To find a way forward, an agreement was reached today on the way forward on the specific issue of EU access to UK IT systems.”

“This work was a critical precondition for building confidence and laying a new foundation for negotiations between the EU and the UK,” the statement said.

The EU has defined full real-time access to Customs IT systems as a condition for simplify imposed formalities and procedures from 1 January 2021 the entry of British goods into Northern Ireland, when the United Kingdom ceased to be part of the single European market.

A conflict arose between the two parties due to increased controls, bureaucracy and restrictions on the importation of certain products, namely food, despite the fact that they only circulate in the United Kingdom.

This problem arose due to the Brexit deal and the desire of both parties to avoid a physical border between British Province of Northern Ireland and Republic of Ireland (EU member), the only land connection between the United Kingdom and the European bloc.

A working lunch between Sefkovik and Cleverly, also attended by Northern Ireland Minister Chris Heaton-Harris, saw an “assessment of work to find collaborative solutions to issues raised by companies and communities in Northern Ireland”.

“The meeting was warm and constructive”they stressed, instructing the technical teams to work “quickly to explore the potential of solutions in different areas based on this updated understanding.”

A new meeting is scheduled for next Monday.

London and Brussels are rushing to break the stalemate that has been going on for months as it risks overshadowing the 25th anniversary of the Belfast Good Friday Peace Agreement for Northern Ireland signed on April 10, 1998.

In addition to tense relations, since February last year, the British province does not have a functioning autonomous government due to the refusal of the Democratic Unionist Party (DUP) to form an executive branch, which paralyzed regional political institutions.

In May, the rival party Sinn Féin won the regional elections for the first time, but since the government of Northern Ireland operates on a power-sharing model, it cannot be formed without the DUP, the party’s second-most voted party.

As conditions for the functioning of the regional assembly and government, the unions want to make a fundamental amendment to the Northern Ireland Protocol, which is part of the UK’s 2019 EU withdrawal agreement.

The protocol kept the territory in line with European rules, introducing controls, documentation and additional costs for goods coming from the United Kingdom to Northern Ireland, which unions consider a “border” in practice to the rest of the country.

If a new regional executive is not formed by 19 January, the British government will have to call elections in Northern Ireland within the next 12 weeks, no later than 13 April.