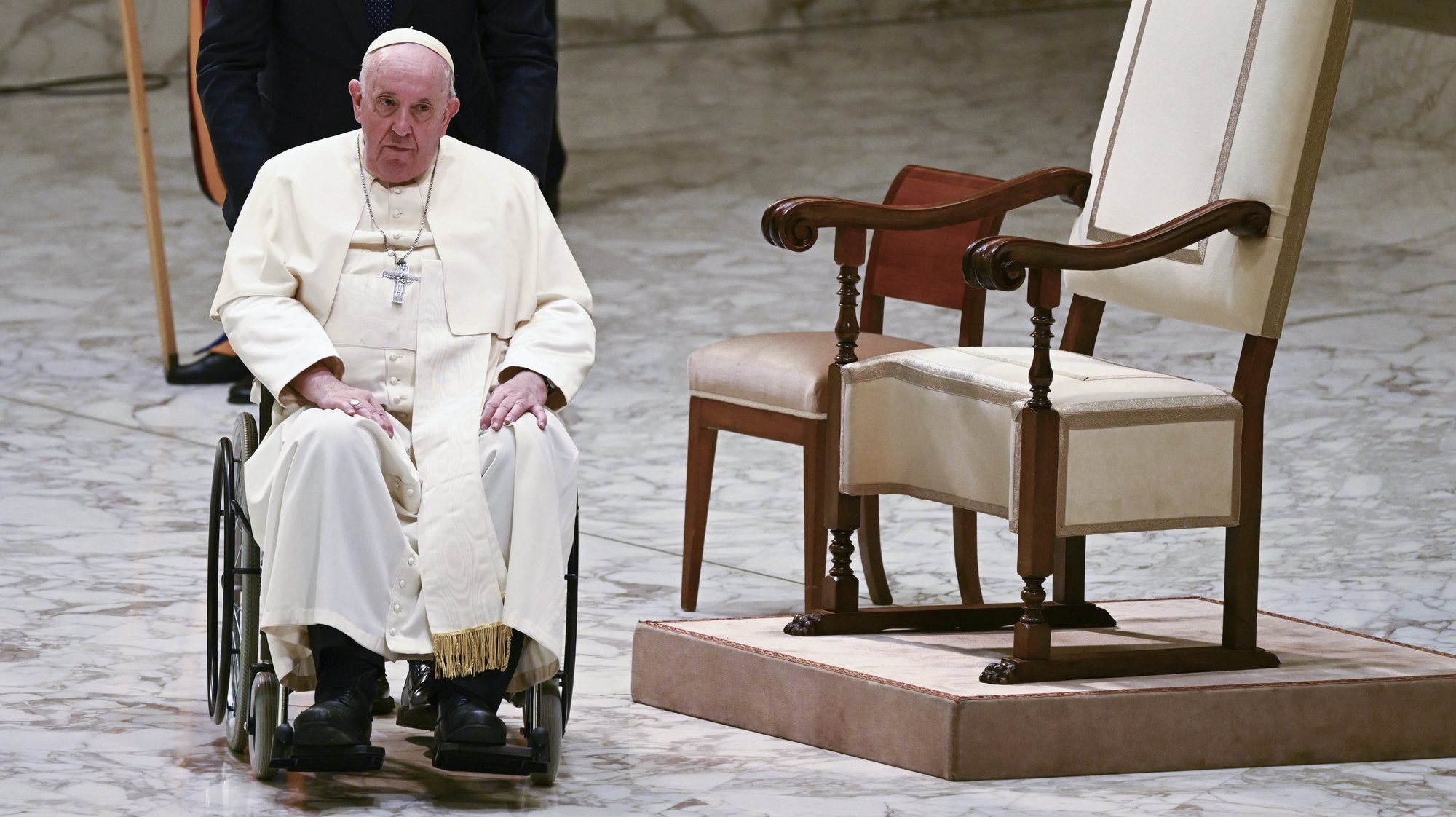 Pope Francis said this Monday, the day before the Italian Prime Minister’s reception, it is “urgent” for Europe to approve a new Migration and Asylum Pact in order to “implement adequate policies” that allow for the “integration” of migrants.

“Urgently strengthen the legal framework in Europe by approving a new Pact on Migration and Asylumso that appropriate policies are implemented for the reception, escort, promotion and integration of migrants,” the pontiff said during a meeting with the diplomatic corps accredited to the Holy See.

In the traditional speech at the beginning of the year, which was “a call for peace in a world in which strife and wars are growing”, the Pope summed up the international situation, mentioning the conflicts in many countries, as well as the problem of migration “which affects entire regions of the Earth.”

“The right of every person to maintain or change his place of residence (…), to emigrate to other countries and settle there, as well as to be able to return to his homeland,” he said, citing the encyclical “Pacem in terris” (“Peace on earth”) of John XIII .

Thus, “migration is a subject in which “chaotic movement” is unacceptable” and “in order to understand [a situação] just look at the Mediterranean turned into a great tomb,” Francisco said, adding that “these unfinished lives are a symbol of the shipwreck of civilization.”

Therefore, the Pope emphasized “Urgently” to approve a new migration agreement in Europea position in which he agrees with Italian Prime Minister Giorgia Meloni, which Francis will take on Tuesday.

“At the same time, solidarity requires that the necessary relief and care operations for the shipwrecked do not fall entirely on the population at the main points of arrival,” he said, an issue on which the Italian government has been pushing a lot in recent months.

Francisco also mentioned that “the paths of peace are paths of solidarity, because no one is saved alone”, and recalled that people “live in a world so interconnected that the actions of each ultimately affect all.”

The Pope’s statements came days after three dead migrants were found off the coast of the Italian island of Lampedusa after a ship carrying about 30 migrants sank.

The unreliable vessel, which left Tunisia, capsized on Friday about 38 miles from Lampedusa, saving about 30 people, including a newborn, who was immediately taken by a Coast Guard ship to the port of Favarolo.

In the first five days of this year, 2,556 migrants who left North Africa landed on the Italian coast, according to the Italian Ministry of the Interior, almost 600% more than the 368 who arrived in the same period. period of 2022.

On Thursday, maritime rescue humanitarian organizations operating in the region warned of a likely rise in deaths as a result of Italy’s new migration policy.

For these non-governmental organizations (NGOs), a new decree approved last week by the Italian government that requires them to carry out only one rescue operation at a time puts more lives at risk.

The new policy, approved by the government led by Georgia Meloni, provides for the application of a regime of administrative sanctions instead of criminal sanctions against NGOs that rescue migrants from the sea without permission to land them in the countryin addition to allowing “administrative detention of the vessel and, in the event of a recurrence of the prohibited conduct, its confiscation”.

Italy’s government, formed by a coalition of right-wingers and far-rightists, says the new decree aims to prevent rescue ships from becoming bait for migrant smugglers by ensuring aid ships function like “ferries” from the mafia. associated with human trafficking.

The decree also states that asylum seekers must submit their applications to the country that is listed on the rescue ship’s flag.

The issue of migrants from the central Mediterranean will be discussed later this month by the Search and Rescue Contact Group, which includes representatives from the European Union (EU) and countries of origin and transit.

The review of the EU’s migration and asylum policy was delayed after the so-called “refugee crisis” of 2015, but was blocked by disagreements between countries such as Italy, Greece or Spain, which demand a solidarity distribution of reception of migrants and other countries such as Hungary and Poland which refuse asylum to migrants who have entered Community territory through another Member State.

The stalemate in the negotiations led Brussels to withdraw its first revision proposal, which included mandatory country quotas for the joint admission of asylum seekers, and to submit in September 2020 a “Pact on Migration and Asylum”.

The new proposal advocates the need for a balance between solidarity and responsibility in the management of migration, as well as strengthening control over the external borders of the EU and developing cooperation with third countries of origin or transit in favor of the deportation of migrants who have illegally entered the Community territory.

It also advocates sharing of reception among member states, but provides mechanisms for members who refuse to accept asylum seekers to fulfill their part of “mandatory solidarity” with other initiatives such as financial support for frontline countries.