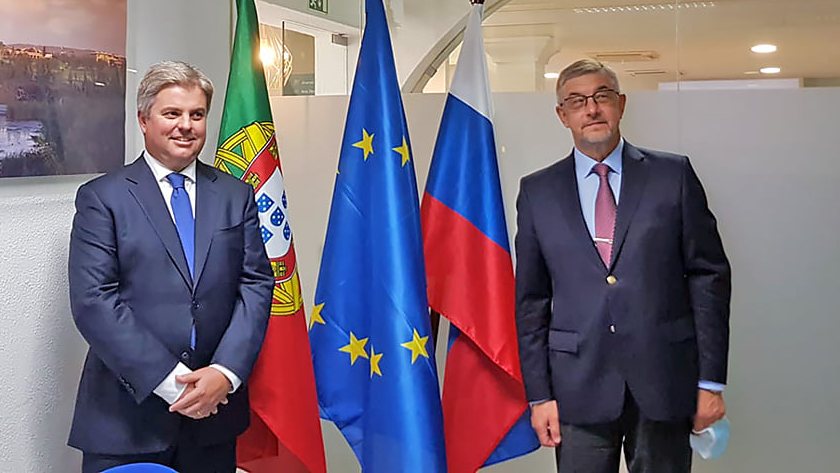 Bruno Valverde Cota, a businessman, university professor and honorary consul of Russia in Portugal, has been the CEO of Optimistic Plus since 2012, a financial, real estate and marketing consulting company that provides golden visa support among other services. ” in Portugal.

Since February 2020, the Honorary Consul of the Russian Federation in the Algarve, a Portuguese woman who is married to a citizen born in the former USSR in what is now Ukraine, has admitted in statements to CNN Portugal that, due to the professional activities of Optimistic Plus, his new status diplomat “may eventually lead to a conflict of interest”.

It also guarantees that it is for this reason, and despite the fact that information about the “gold investments and visas” service appears several times on the website of the company, which will turn 11 years old in 2023, “Optimistic Plus” has never provided this type of support. “In fact, the company has this information as part of the general offer on the website (…), since we believe that there may eventually be a conflict of interest, we have decided not to continue supporting golden visas,” said Bruno Valverde Cota on this TV channel.

Also on CNN Portugal, João Massano, president of the Lisbon Regional Council of the Portuguese Bar Association, explains that this area of ​​the company directly clashes with the position taken by Valverde Cota, as more than a conflict of interest is at stake. but a situation that is “morally unacceptable”.

“In fact, his position can be used to move clients from one location to another,” says Massano. “You can get to the point where, based on your influence, you find customers for your company.”

Bruno Valverde Cota, for his part, dismisses the insinuations, assures that support for golden visas “does not fit into the commercial strategy” and guarantees that he “has never helped to deal with golden visas and does not intend to do so in the future.”

Asked by CNN Portugal, the Russian embassy in Portugal also stated that it was not aware that in his professional activities the honorary consul “deals with golden visas” and characterizes him as “a person with a strong ethical sense and very sensitive to these types of issues.”

In addition to the CEO of Optimistic Plus, 48-year-old Bruno Valverde Cota is the founder and president of CCILR, the Portuguese-Russian Chamber of Commerce and Industry, as well as the Portuguese representative of the Russian-Portuguese Business Council.

Share
Facebook
Twitter
Pinterest
WhatsApp
Previous article
Whatsapp will let you save temporary messages: ‘Stored Messages’ is coming
Next article
Something has happened to this Marvel character: This actor is returning in ‘Ant-Man and the Wasp: Quantumania’ with a strange twist.

Netflix and more for the weekend: Japanese Cannibal, Norwegian Wolf, Killer’s Wife. And another Black Panther