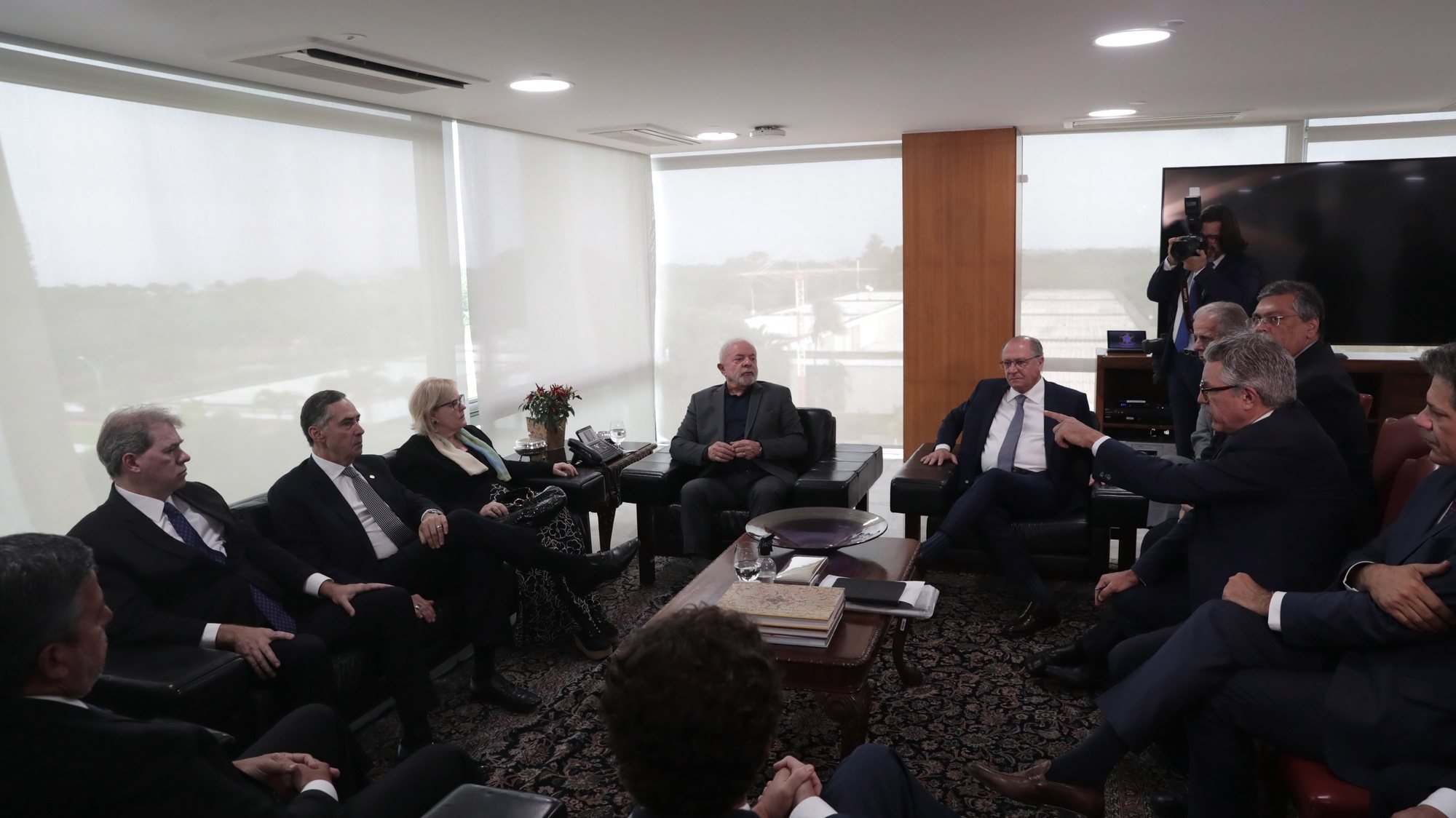 The President of Brazil criticized this Monday evening, already busy on Tuesday in Portugal, the actions of the security agents on Sunday, when the “Bolsonarists” invaded government offices in Brasilia, trying to carry out a coup that Luiz Inácio Lula da Silva guaranteed would not happen.

“They are [apoiantes do ex-presidente Jair Bolsonaro] they want a hit, but there won’t be a hit”, Lula da Silva said during a meeting with governors and representatives of the country’s 27 states, judges, ministers and politicians.

“They have to understand that democracy is the most difficult thing for us, because it requires us to support others, it requires us to live with people that we don’t like, that we don’t get along with, but this is the only regime. that it allows everyone to be able to compete, and whoever wins has the right to govern,” he added.

At the meeting, which was attended by governors, judges of the Federal Supreme Court (STF), including President Rosa Weber, ministers, President of the Chamber of Deputies Arthur Lira, First Vice President of the Senate Veneziano Vital do Rego and Attorney General of the Republic Augusto Aras, head of the Brazilian State, also criticized the actions of the security agents who accompanied the Bolsonarists to Tres Poderes Square before they invaded government offices.

“There was clear connivance on the part of the police supporting the demonstrators. Even here in the palace [do Planalto]Brazilian army soldier talking to people as if they were allies,” Lula da Silva fired.

The President of Brazil confirmed that at least 1,500 people had been arrested following the violence in Brazil and said the government would make efforts to investigate all those involved in the acts of vandalism.

Lula also ensured that the financiers of both the bus caravans that brought them to Brasilia and the camps set up in front of barracks across the country, which were dismantled by court order this Monday after more than two months of mobilization, will be investigated. …against the election results.

“Let’s find out who financed and paid. I am a specialist in camps and strikes, and it is impossible to live two months without funding to guarantee daily bread. We are not going to be authoritarian, but we are going to investigate,” he said.

“It was very difficult for us to win democracy in this country. We need to learn how to democratically coexist in diversity” added Lula da Silva.

The ruler advocated an alliance of politicians of the left, center, right and republican institutions to preserve democracy.

“We will not let democracy slip out of our hands.because this is the only chance for us to ensure that these humble people can eat three meals a day, or have the right to work,” he concluded.

After the meeting, all participants left the Planalto Palace together and headed towards the headquarters of the STF, which was a symbolic gesture of support for the judiciary, which has been heavily attacked by Bolsonaro for the past four years and was damaged on Sunday by supporters of the former president.

On Sunday, the Bolsonarists invaded and vandalized the headquarters of the Federal Supreme Court, the Congress and the Planalto Palace in Brasilia, forcing the police to intervene to restore order and drawing condemnation from the international community.

Share
Facebook
Twitter
Pinterest
WhatsApp
Previous article
More than 250,000 people arrived in China on the first day of opening the borders
Next article
Excise, Travaglio on La7: “Speculation on petrol prices? No, this Meloni government does not reduce it after he promised it.”