The death toll in clashes with police in Peru has risen to 17. 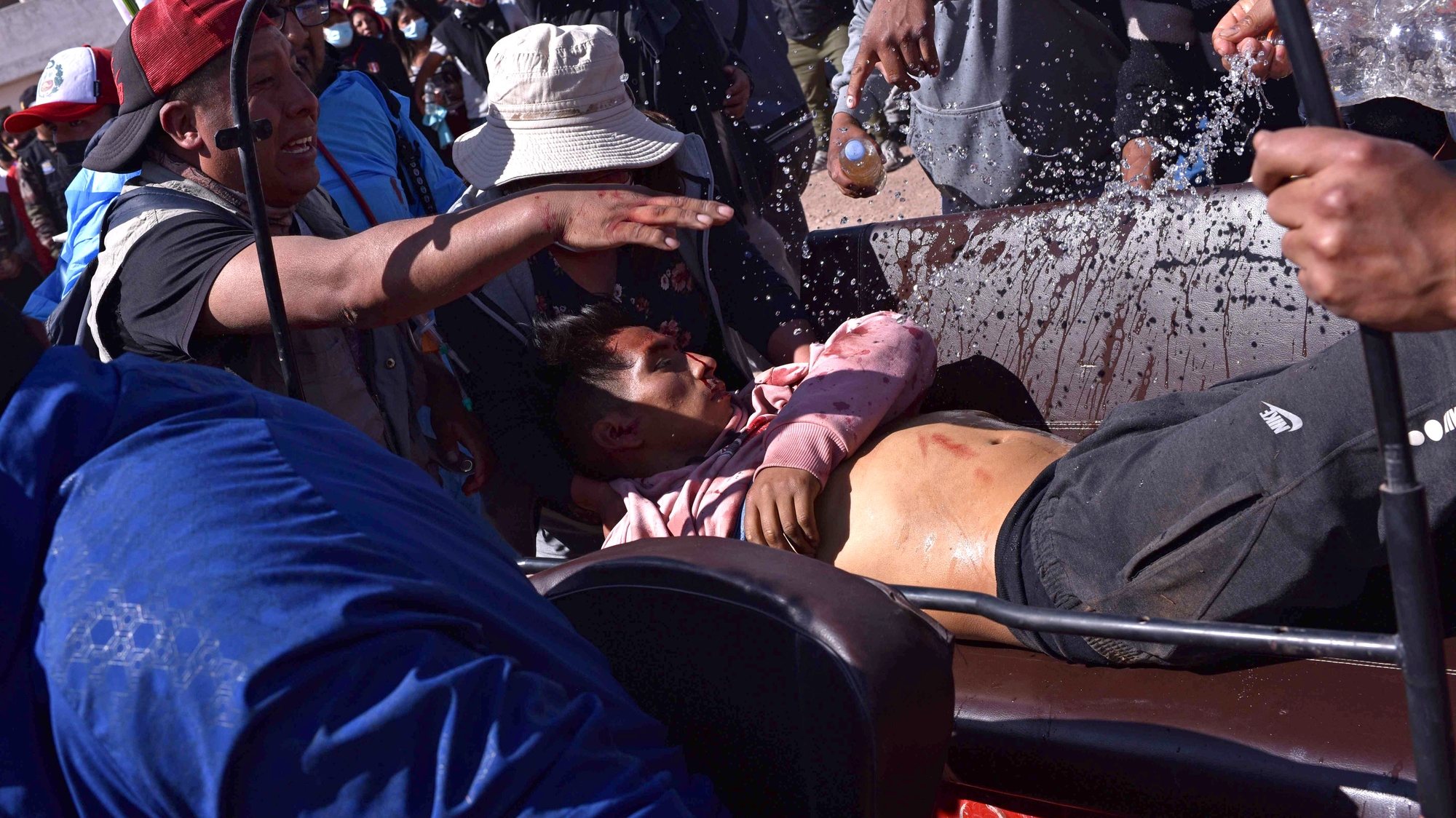 The people’s ombudsman said on Monday that the death toll in clashes between demonstrators and security forces in the southern Peruvian city of Juliaca had risen to 17.

In a recent assessment of the protests calling for the resignation of President Dina Boluarte, the region’s People’s Ombudsman said 17 people had died “due to clashes with security forces.”

Among those killed in Juliaca are at least one under 17 and most of them are young people between the ages of 19 and 35, although one of the victims was in her 50s, according to local medical authorities.

A 35-week-old baby also died in the Puno area after the ambulance carrying him to the hospital was stopped at one of the protesters’ checkpoints, the regional health authority said in a statement on Monday.

On Sunday, the child was treated and transferred to another hospital for respiratory failure and sepsis, but the transfer “did not take place because the ambulance had difficulty getting through Molino, Julie County, Chucuito Province” to Puno, he added. communiqué.

The death toll has risen to 46 across the country since December 11, the sixth day of protests since the Christmas truce, Efe news agency reported.

Fatal clashes in southern Peru led to sudden interruption of a meeting by national agreement The group, led on Monday by Peruvian President Dina Boluarte, brings together representatives of all powers, regional governors and various political circles, reports Efe.

National Accord is a public policy forum that brings together representatives of the three branches of government, other government sectors, and business and public organizations.

Peruvian Prime Minister Alberto Otarola on Monday accused the protesters of trying to “organized attack on the rule of law and institutions”and” coup d’état “in the country.

At a press conference without the right to ask questions, Otarola said the clashes were “an organized and systematic attack by vandalism and violent organizations on the rule of law and institutions” in the southern region of Puno.

“Like they were in a war scenario, they were trying to take over the airport,” he said, stating that the responsibility lies with “those who want to carry out a coup.”

In the previous situation, the People’s Ombudsman called on the security forces to “use the lawful, necessary and proportionate use of force” and called on the Ministry of Public Affairs to conduct a “quick investigation to find out the facts.”

On Monday, the International Committee of the Red Cross for Peru, Bolivia and Ecuador expressed concern about the new escalation of violence at protests in Peru, and also called on the country’s authorities to respect the proportionality of the use of force.

Peru is in a political and social crisis due to the demonstrations that rocked the country after the December 7 ouster of former President Pedro Castillo, who wanted to dissolve Parliament in order to convene a constituent assembly, create an emergency government and govern by decree. ., which was interpreted as an attempted coup.

After the arrest of Castillo, who, according to a court order, will remain in custody for 18 months, power passed to Vice President Dina Boluarte, but protests and demonstrations continued.

Among other demands, the protesters demand election anticipationscheduled by the new Government for the spring of 2024. dissolution of congressa convocation of a constituent assemblyBoluarte’s resignation as Vice President and release of Castillo.

The Inter-American Commission on Human Rights (IACHR) will make an observation visit to Peru from 11 to 13 January to observe the human rights situation in the country.

The IACHR statement on Monday said the mission will travel to Lima and other cities to “gather, discuss and receive information from different sectors.”

Share
Facebook
Twitter
Pinterest
WhatsApp
Previous article
PlayStation has introduced a controller for players with disabilities. Project Leonardo is a highly customizable kit.
Next article
Maneuver, but what about for the disabled? Few funds for non-self-sufficiency, progress on a single allowance and scholarships

An influential influencer insulted Greta and is now in custody: he is worried about the darkness, bedbugs and cockroaches!

Vlhova failed in Spindel: the Czech expert told what could bring down the champion!