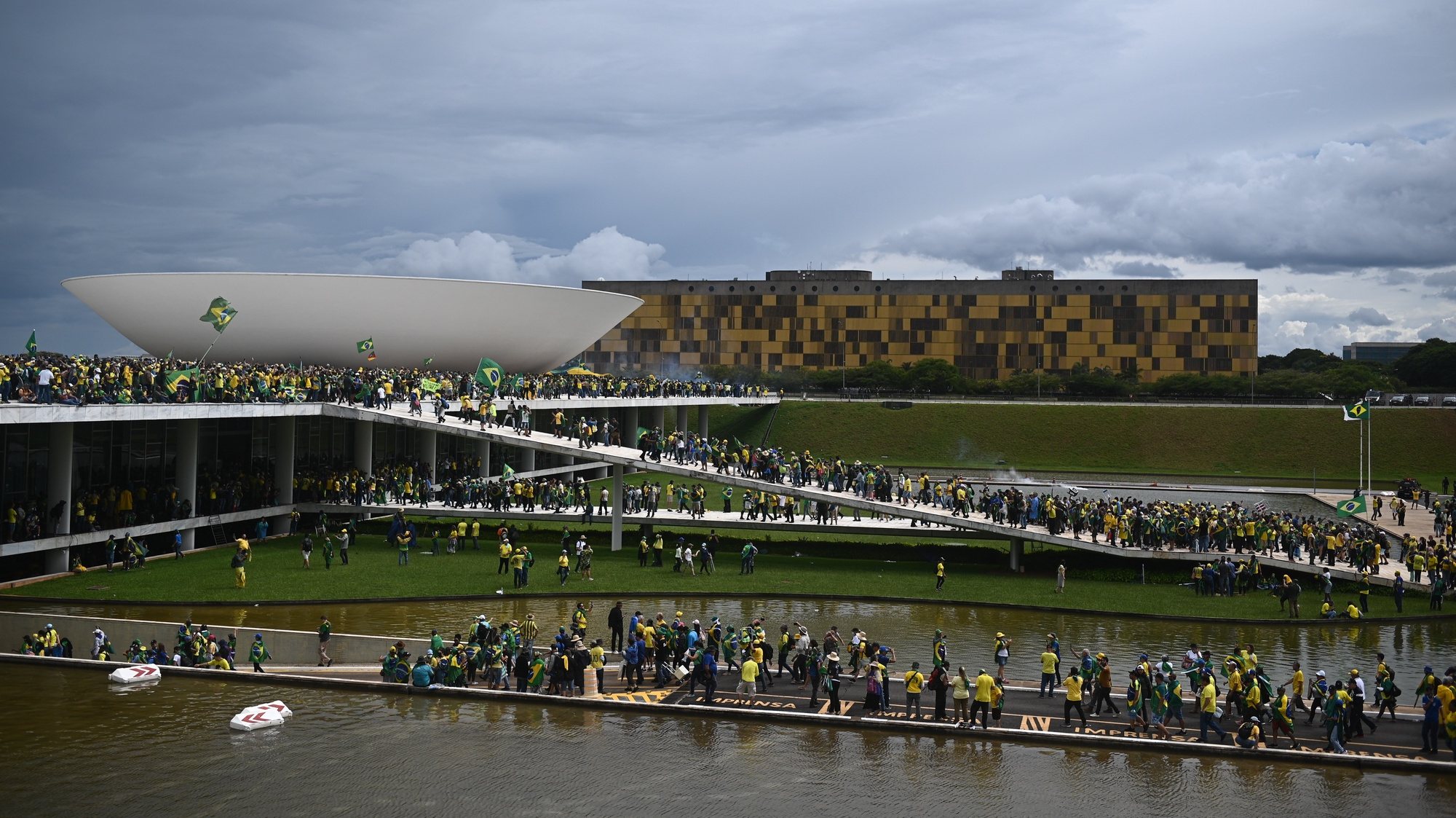 On Monday, Brazil’s culture minister announced that UNESCO had made it possible to contribute to the renovation of an art and architectural collection at the Palacio do Planalto, which was destroyed by supporters of former President Jair Bolsonaro.

“I got a call from Marlova Noleto, Director and Representative of the United Nations Educational, Scientific and Cultural Organization (UNESCO) in Brazil, who provided contribute to the restoration and restoration of the headquarters of the three powers and everything that was destroyed,” Margaret Menezes said in a social media post quoted by the EFE news agency.

Thousands of supporters of former President Jair Bolsonaro invaded and caused massive damage inside the buildings executive, legislature and judiciary, of great heritage importance, this Sunday in Brasilia.

For four and a half hours, far-right groups roamed freely in the Planalto Palace, where the government, the National Congress and the Supreme Court sit, leaving a trail of destruction.

According to the executive, there are many torn or damaged paintings, especially photographs.

Among the desecrated works in the Planalto Palace is the painting “Like mulattoes”, one of the most important works of the Brazilian artist Di Cavalcanti, which is estimated at eight million reais, more than 1 million euros.

“It’s amazing what we’re seeing after the terrorist attacks this Sunday in Brazil.”the minister wrote, emphasizing that the works are part of the “tangible and intangible historical heritage of Brazil.”

Promising to “assess the damage and start rebuilding urgently,” the minister called a meeting today with technicians from the National Institute of Historical and Artistic Heritage to assess the situation.

The protesters moved forward and broke through the barriers set by the policeand images of the invaders in the green hall of the Congress, inside and outside the Palacio do Planalto and the STF were shared on social media.

Radicals who do not recognize the results of the October 30 presidential election, in which Lula da Silva narrowly defeated Bolsonaro, have called for military intervention to overthrow the Brazilian president.

Initially, the Brazilian police used tear gas to stop the demonstrators, but to no avail. The military police managed to restore three institutions and completely liberate Praça dos Tres Poderes in an operation that resulted in the arrest of at least 300 people.

Today, Lula da Silva held a series of high-level meetings in his office, the only place spared by the invasion on Sunday.

The President decided to send from his office in the Planalto Palace to show that the violent actions of the extreme right radicals do not paralyze the institutions of power.