Cardinal George Pell, former Vatican finance minister, has died. He was arrested for violence, but the Supreme Court acquitted him. 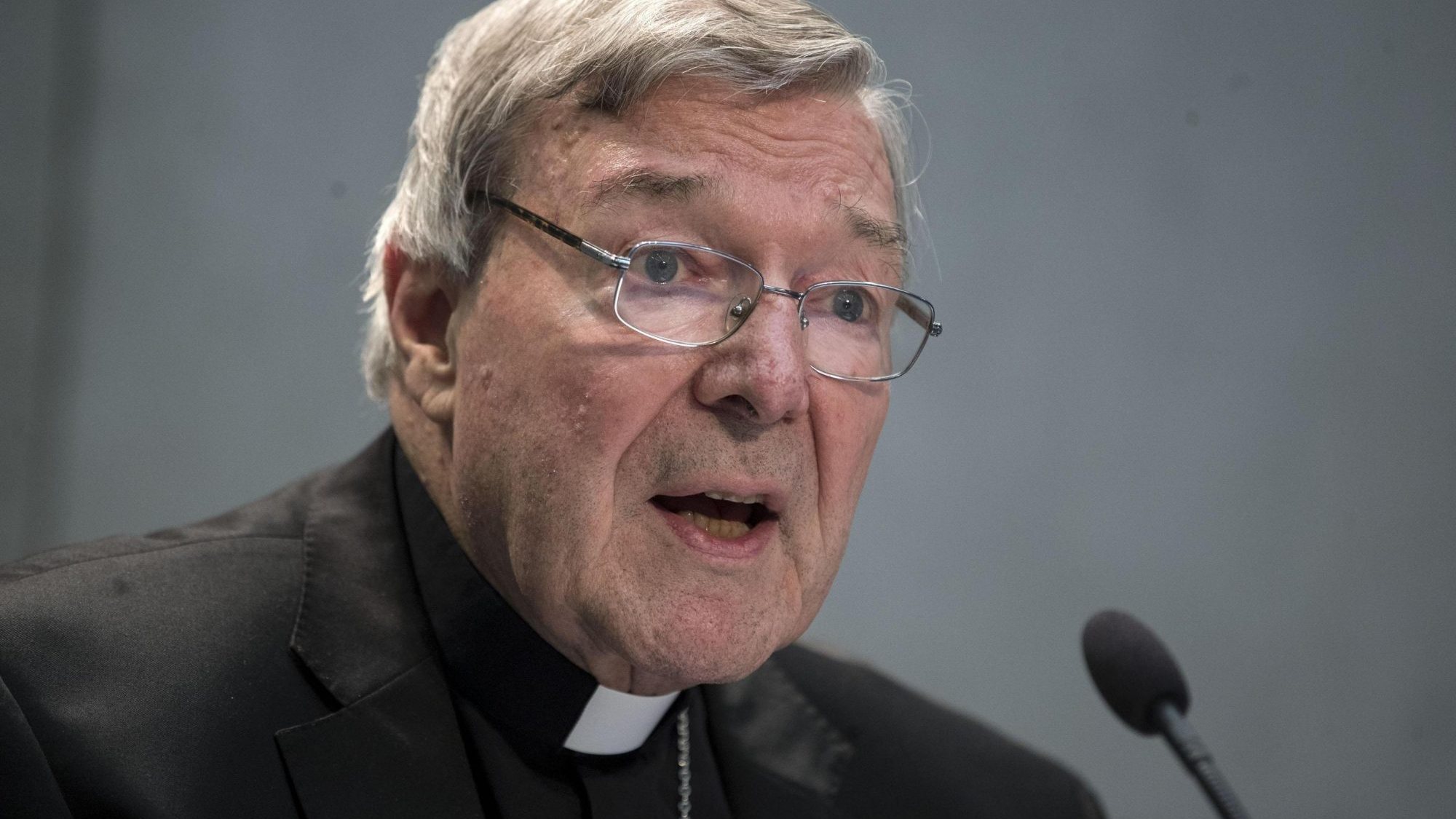 Australian Cardinal George Pell, a former Vatican finance minister who spent more than a year in prison on charges of sexually abusing minors, died Tuesday at the age of 81 before being acquitted by the Australian Supreme Court.

According to the Catholic TV channel EWTN, George Pell died in Rome due to complications resulting from an operation he underwent on Tuesday.

The Crux newspaper, citing a source close to Cardinal Pell, adds that Pell died shortly before 9 p.m. in Rome (8 p.m. in Lisbon) after complications from a minor operation at the Savior Mundi hospital in Rome. The same source explained that after the burial in the Vatican, the body of Cardinal Pell would be transported to Australia and buried in Sydney Cathedral.

The information was also confirmed by a memo posted online by the current Archbishop of Sydney, Anthony Fisher. “It is with deep sadness that I can confirm that His Eminence Cardinal George Pell passed away in Rome,” Fischer wrote. “This news came as a huge shock to all of us. Please pray for the repose of the soul of Cardinal Pell, for the consolation and consolation of his family, and for all those who loved him and who miss him at this time.” 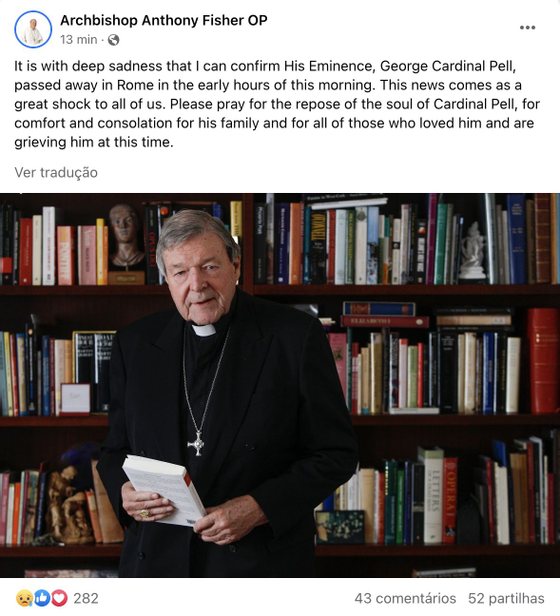 Cardinal Pell: “If I considered myself a real disgrace to the Pope, I would stop tomorrow”

Born in 1941 in Ballarat, Australia, George Pell was ordained a priest in 1966 and has served in various Australian parishes throughout his church career. He was elevated to the episcopacy in 1987 by Pope John Paul II, having passed through Melbourne and Sydney (now as a cardinal), where he stood out as one of the main figures of Catholic conservatism throughout the world.

In 2013, Pope Francis appointed him to the elected Council of Cardinals, the body advising the leader of the Catholic Church on the reform of the Roman Curia, and to the position of Prefect of the Secretariat of the Economy – in practice the Vatican’s finance minister, responsible for cleaning up the Vatican’s image after years of financial scandals.

George Pell. How the Pope’s finance minister went from public enemy #1 to innocent

However, George Pell left these positions when he became involved in an investigation into the sexual abuse of minors in Australia. The case will lead to his conviction to six years in prison for sexually abusing two boys in 1990. In 2020, the Supreme Court of Australia cleared all charges against George Pell and ordered his release. In this Observer article, you can recall the details of the story of George Pell, who went from public enemy number 1 to innocent.

In 2017, Cardinal George Pell, already involved in the child sexual abuse controversy, gave an interview to the Observer in which he suggested: “If I considered myself a real disgrace to the Pope, I would stop tomorrow.”