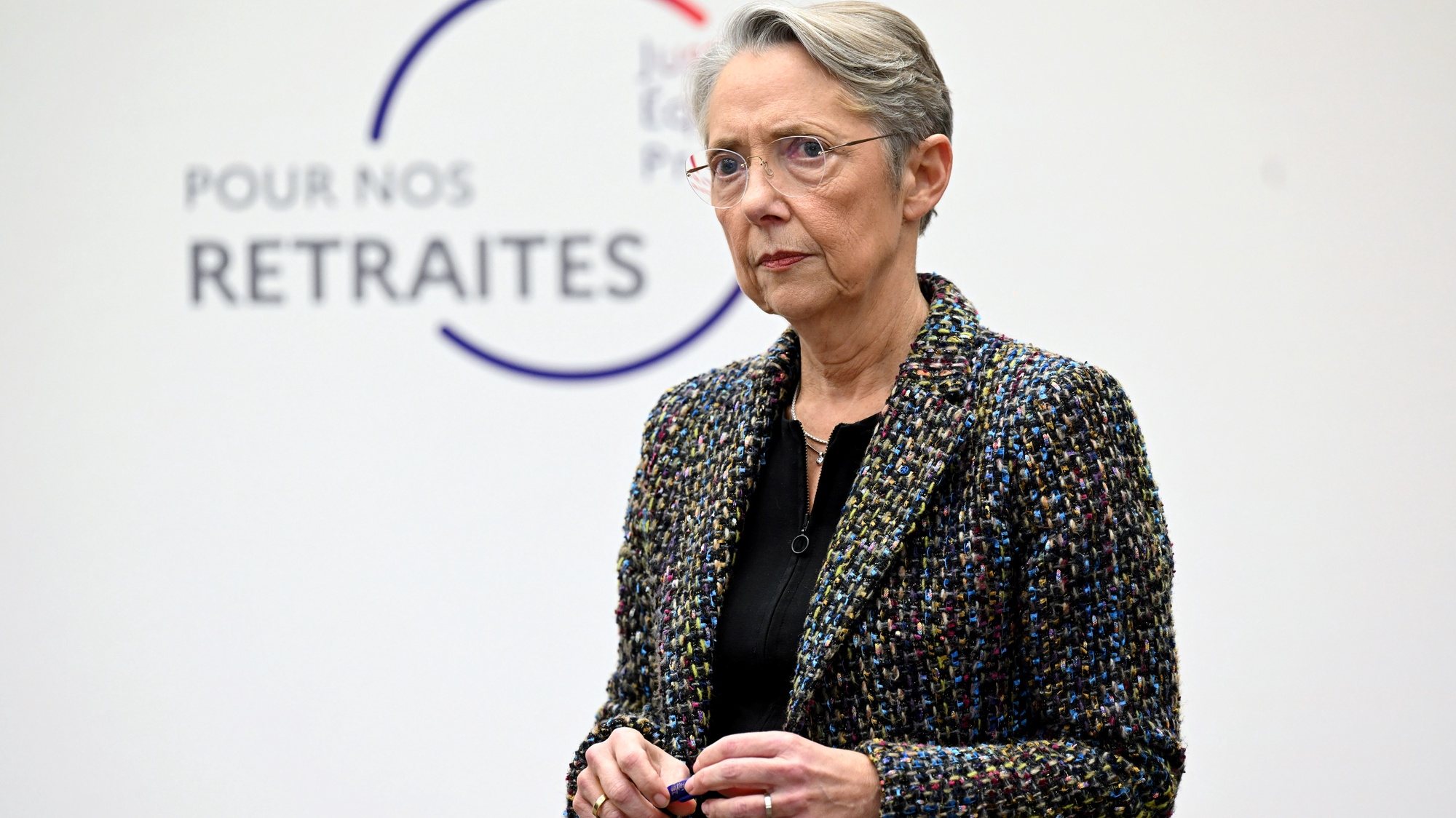 The French government unveiled its pension reform on Tuesday, the main measure of which would be to raise the retirement age to 64 from the current 62, and unions have already called for the first protests.

“We offer those who can work longer (…) This choice is also accepted by all our European neighbors,” Prime Minister Elisabeth Bourne said in a televised speech.

The bill provides for a gradual increase in the statutory retirement age until 2030, until it reaches 64 years..

“I understand very well that the evolution of our pension system causes fear and doubt among the French. We want to give them an answer and convince them,” Borne continued, defending “his government’s desire for justice and progress.”

The eight major unions announced on Tuesday first day of demonstrations and strikes 19 Januaryin protest against this plan, announced by the President of the French Republic Emmanuel Macron, starting with the campaign for his first term and is one of the fundamental reforms of his second term, for which he does not have an absolute majority in Parliament to approve.

This first day of competition “will be the starting point for strong mobilization for long-term reforms”, said in a joint statement of these unions, whose general secretaries and presidents met this afternoon in Paris.

Elizabeth Bourne also declared her readiness to “move forward” the reform “thanks to loyal and constructive parliamentary debate”.

“We are returning to what our ancestors knew, that is, to the fact that after work there is a cemetery,” condemned the leader of the CGT trade union, Philippe Martinez.

According to the French Statistical Institute, a quarter of the poorest men die before the age of 62.

in France over the past 30 years a number of major reforms of the pension systemalmost all of them were accompanied by major movements of social protest and were justified by the rulers as a response to the financial degradation of the state treasury and the aging of the population.

But there will be just 2.25 in 2030 and fewer than two in 2040, jeopardizing the model of so-called “redistribution” reform, in which active workers’ contributions pay for pensioners’ pensions.

The welfare reform also provides for increase the insurance experience of employeesstarting in 2027 to claim 43 years of rebates instead of the current 35 years in order to be eligible for an old-age pension without penalty, according to a French government press dossier.

In return, the minimum pension will be increased for all pensioners, current and future, said Elizabeth Born.

France is one of the European countries where the statutory retirement age is lower., although the pension systems are not entirely comparable. He is 65 years old in Germany, Belgium or Spain, 66 years and four months old in Portugal, and 67 years old in Denmark, according to the Center for European and International Social Security Relations, a French government body.

But raising the retirement age remains highly unpopular: according to an Ifop-Fiducial poll, more than two-thirds of French citizens (68%) oppose extending working life to 64 years.

“It’s hard to find a job after 50. So what are you going to do from 50 to 65? For 15 years, he will continue to look for work until he retires, ”commented Emmanuel, a businessman from Versailles, quoted by the French news agency AFP.

In Parliament, the French government hopes to count on the votes of moderate right-wing deputies (Republicans, LR), whose leader Eric Chotti has already declared his readiness to “endorse a just reform.”

The text will be analyzed in the Council of Ministers on January 23, while the Nupes left-wing coalition is meeting on Tuesday and January 17, and França Insubmissa (LFI, radical left) has already indicated that it will be announced on the 21st.

“I think we have a good relationship of strengths”considers the president of the LFI group in the National Assembly, Mathilde Panot.

The bill must be approved in a committee of the National Assembly from January 30 and in a semicycle on February 6.

Only 4,700 people, 2,000 of them in Paris, responded to the call for this first protest, punctuated by slogans against the French president but without the violence that marked the movement since late 2018, according to the Interior Ministry. until the end of early 2020.