Organizations in Portugal issue manifesto calling for accountability for Bolsonarists 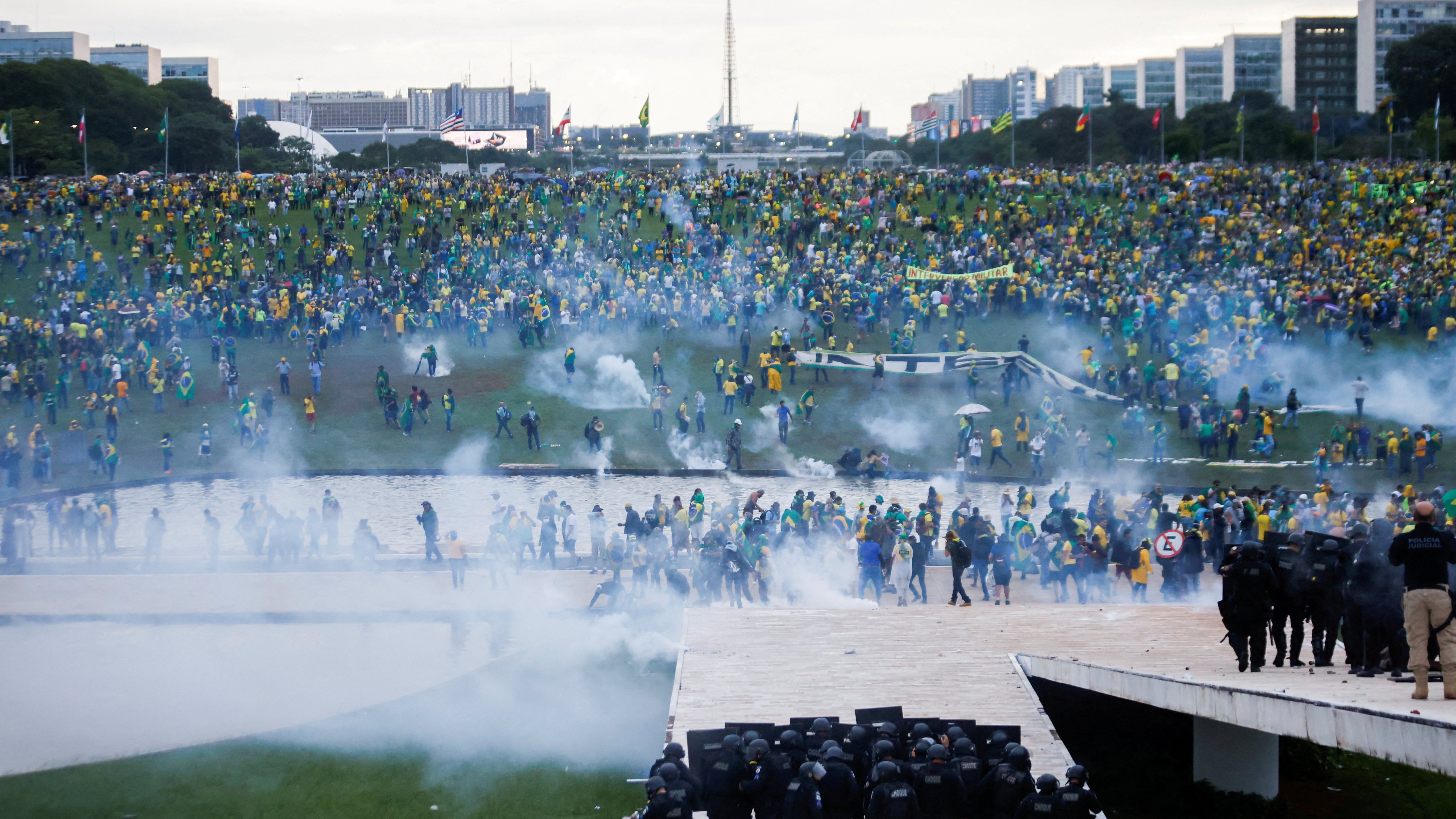 On Tuesday, a collective of organizations released a manifesto calling for legal accountability for the invaders of this Sunday’s tri-power headquarters in Brasilia, to be read at a demonstration in Lisbon in support of democracy in Brazil.

Manifesto posted for citizen subscription by organizations Collective support for Andorinha, Casa do Brasil in Lisbon and Diaspora Without Bordersrejects the “criminal, anti-democratic and terrorist attacks on the headquarters of the three powers in Brasilia that took place last Sunday, January 8, 2023.”

“It is common knowledge that organized ‘Bolsonarist’ groups have been supported and funded to organize a coup against the democratically elected government in Brazil, as well as to profit from the negligence of state agents and public security forces,” they accuse the signatories.

The text demands that “such crimes” be brought to the “political and judicial spheres” and expresses support for “bringing to justice all criminal conspirators and terrorists.”

The manifesto will be publicly read this Wednesday, January 11, at a demonstration scheduled for Largo Camões in Lisbon at 6:00 pm.and is open for subscription until then.

Share
Facebook
Twitter
Pinterest
WhatsApp
Previous article
Announcement of Teplice: Gning miracle for sale. But only for the package. Council asked
Next article
This video shows you the horror of not closing the toilet seat