Brazil. More than a hundred protesters in Lisbon refuse amnesty for “terrorists” 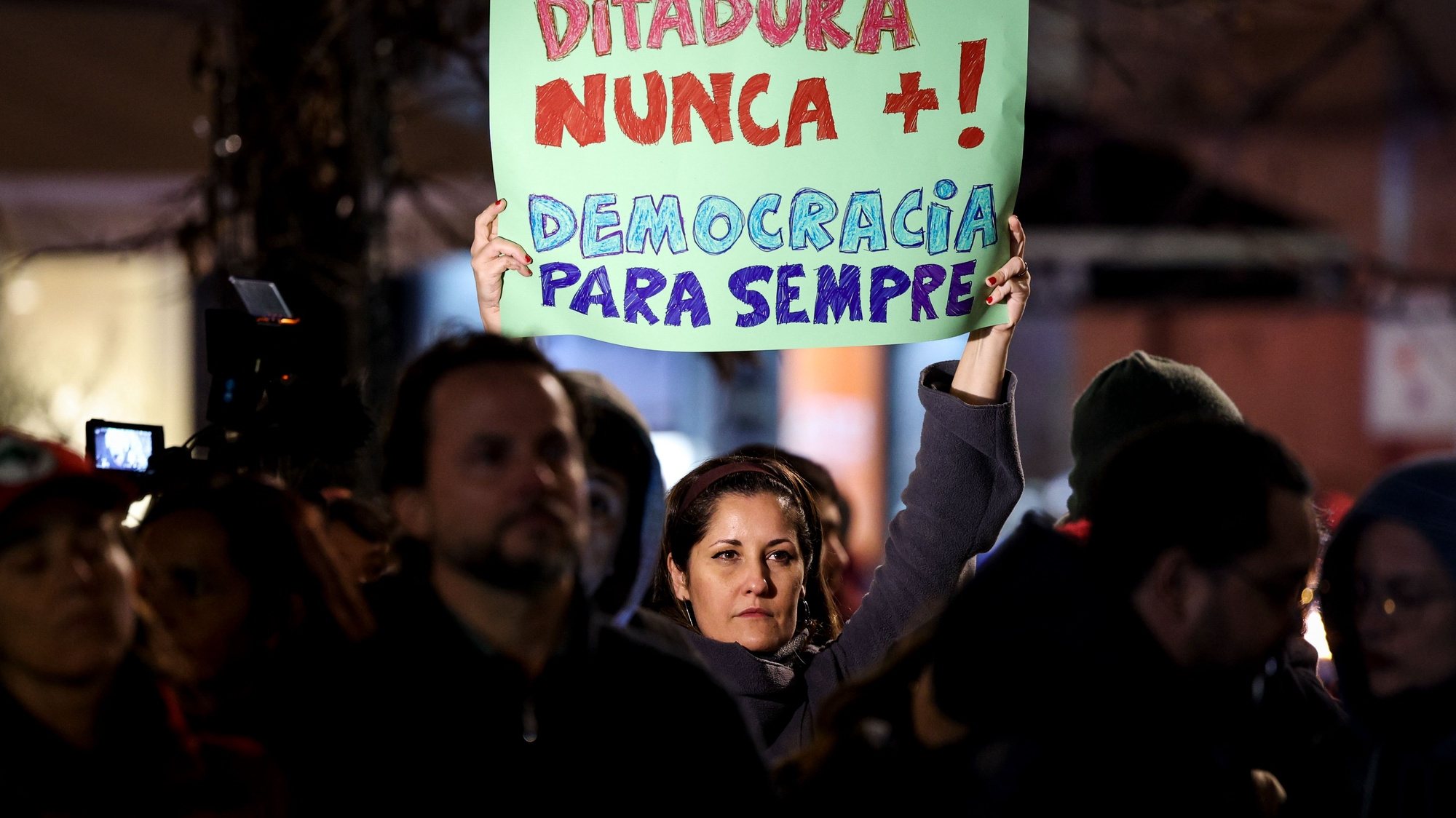 More than a hundred people demonstrated late this Wednesday in Lisbon’s Largo de Camões Square in support of Brazilian democracy and demanded accountability for those responsible for last Sunday’s attack on the three powers in Brasilia.

“In defense of democracy in Brazil and for bringing to justice all criminals and terrorists “No amnesty” is the theme of a demonstration organized by Coletivo Andorinha – Brazilian Democratic Front in Lisbon, one of the most representative Brazilian activist movements in Portugal.

Samara Azevedo, spokesperson for Coletivo Andorinha, called for more demonstrations: “Abroad, our voice is growing and we manage to bring the issue to Brazil”justified.

This initiative marked the beginning of the Manifesto for Brazilian Democracy.

At least 47 Portuguese organizations and more than 400 people signed, by the time of the demonstration (6:00 pm in Lisbon), this document in support of the government of Lula da Silva, elected in October last year, calling for “accountability for all instigators of criminals and terrorists in Brazil”.

“It is common knowledge that organized ‘Bolsonarist’ groups received support and funding in order to stage a coup against the democratically elected government in Brazilas well as profiting from the negligence of state agents and public security forces,” says the manifesto, signed by organizations, political parties and activists in Portugal.

“Such crimes should be considered in the political and judicial spheres! We step up our support for Brazilian democracy, a democratically elected government and the accountability of all criminal conspirators and terrorists,” the text defends.

“We, organizations, collectives, institutions and citizens of Portugal Together with the Brazilian people, we are defending democracy in Brazil. and we reject the criminal, anti-democratic and terrorist attacks on the headquarters of the three powers in Brasilia that took place last Sunday, January 8, 2023,” the document says.

Among the organizations that signed this manifesto are the Esquerda Bloc, the Os Verdes Ecological Party, SOS Racismo, Solidariedade Imigrante – Association for the Protection of the Rights of Immigrants (SOLIM), the Association to Combat Unreliable and Inflexible People, the Moraria Renewal Association or the Brazilian group will not shut up!.

Share
Facebook
Twitter
Pinterest
WhatsApp
Previous article
“Portugal is developing, but too slowly,” says Nouriel Roubini, the economist who predicted the 2008 crisis.
Next article
Japanese tennis player Naomi Osaka has announced her pregnancy but promises to return in 2024.

ONLINE: The Russians have also started recruiting convicted women. And a serious situation after the accident in Odessa

Chinese spy balloon flew over the US: it was shot down by Biden fighters! He “hid” even with nuclear weapons

ONLINE: The Russians have also started recruiting convicted women. And a serious situation after the accident in Odessa

Chinese spy balloon flew over the US: it was shot down by Biden fighters! He “hid” even with nuclear weapons

You have the mail: Graziana fascinates everyone, but the final decision is disappointing

The Week Live: Two boomers swear at artificial intelligence in front of the camera