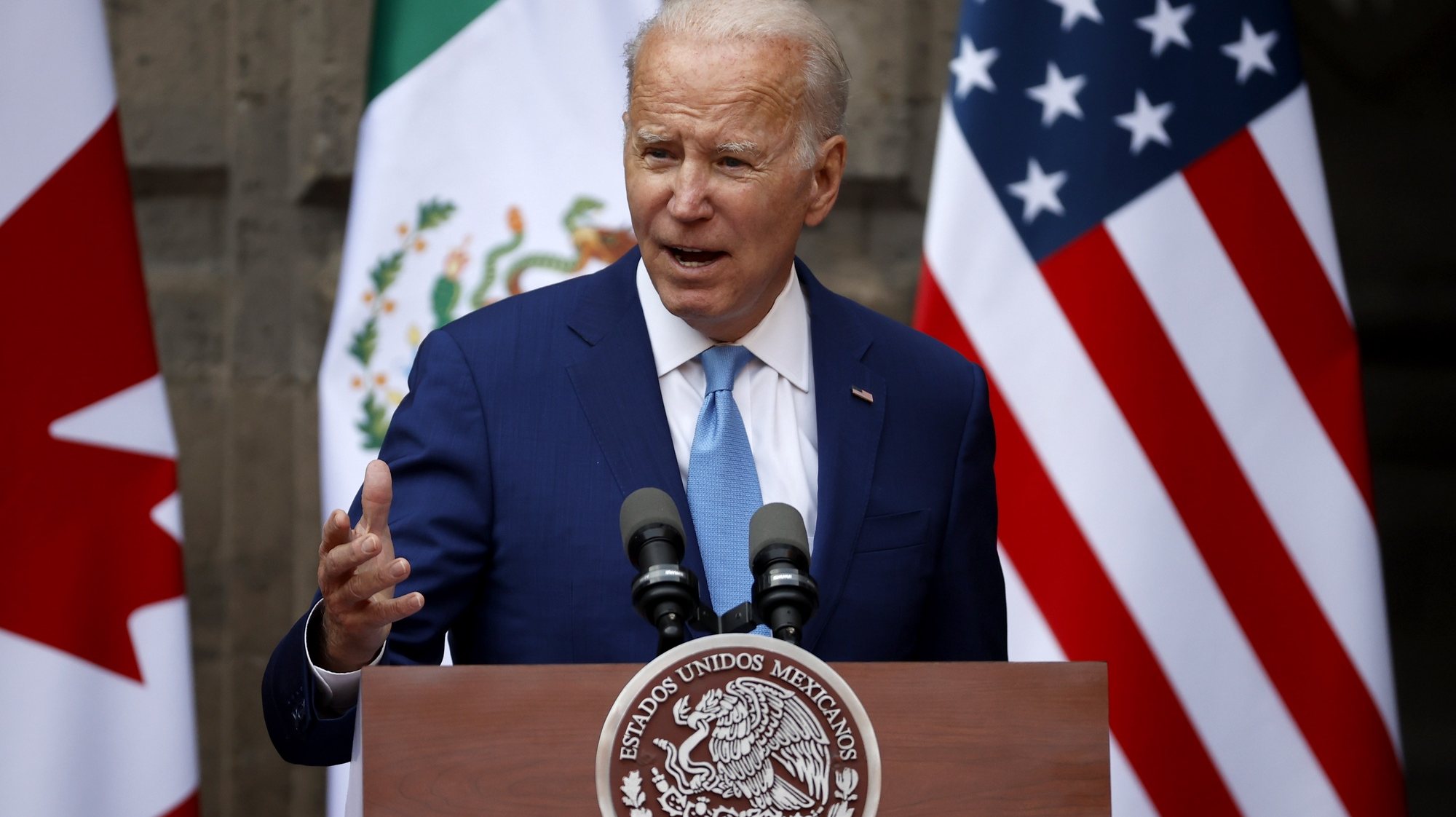 US President Joe Biden said on Tuesday that he was not aware of the contents of confidential documents relating to his vice presidency under Barack Obama (2009-2017) found in a personal office that he sometimes used as a workplace. .

“I don’t know what is in the documents, my lawyers didn’t suggest that I ask what these documents are about. They delivered the boxes to the archives and we fully cooperate with the review [dos documentos]”, – said the head of the American state, quoted by Agence France-Presse (AFP), on the sidelines of the summit of North American leaders in Mexico City.

On Monday evening, Biden legal adviser Richard Sauber said that in November last year, the president’s lawyers found “a small number of secret documents” in a “locked cabinet” at the Pennsylvania Biden Center, a “think tank” affiliated with the University of Pennsylvania, and proceeded to deliver them to the National Archives, which is responsible for preserving this type of material.

Biden retained office at the institution after stepping down as vice president in 2017, shortly before the start of his 2019 presidential campaign.

“I was briefed on this discovery, and I was surprised to learn that there are government records that were delivered to this office,” Biden also emphasized in the first reaction to this discovery.

Regardless of the Justice Department’s review of the documents, the discovery that Biden could potentially mishandle confidential records could compromise the head of state, whom he called “irresponsible.” Former President Donald Trump’s decision to store hundreds of such documents at his Florida mansion.

On the Democratic side, Rep. Pete Aguilar, a member of the party leadership in the House of Representatives, expressed support for “that the president follows this established protocol.”

Republican Congressman Mike Turner on Tuesday asked the director of national intelligence for a “full and thorough review” of the discovery.

Prior to Biden, former US President Donald Trump was also involved in controversy over irregular storage of confidential documents.

When he left the White House, Donald Trump took entire boxes of documents with him, even though a 1978 law requires any US president to turn over all his emails, letters, and other working papers to the National Archives.

In January, Trump returned 15 boxes, but a Federal Police investigation found the tycoon likely kept other files at his palatial Mar-a-Lago, Florida residence.

In this regard, FBI agents conducted an extensive search of the Trump mansion on August 8 based on a search warrant. “retaining confidential documents” and “obstructing a federal investigation”and seized about thirty other boxes.

A bitter legal battle then ensued to determine the nature of the seized documents, some of which were marked “top secret”, “secret” or “confidential”.

This Monday, Trump questioned the work of the FBI in connection with the discovery of confidential documents of Biden. “When is the FBI going to raid many of Joe Biden’s homes, maybe even the White House? These documents are definitely not declassified, ”Trump wrote on his social network Truth Social.