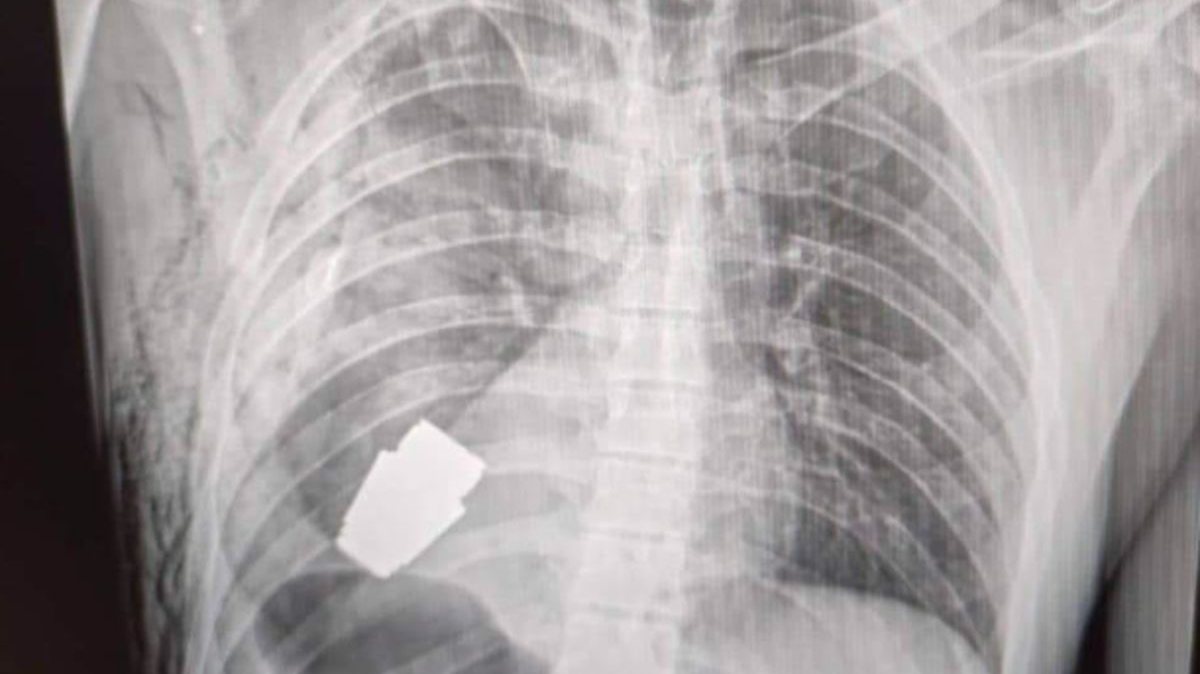 Surgeon Andriy Verba removed a grenade from the chest of a Ukrainian soldier that could “explode at any moment.” On Monday, the General Staff of the Armed Forces of Ukraine shared the history of the operation on social networks.

AT Publication two images were posted, one of a chest x-ray of a soldier and the other of a surgeon holding a grenade. The operation had to be carried out without the use of electrocoagulation.a method that uses heat to control the flow of blood, as it could detonate a grenade.

Our military doctors tried to exploit the types of FOG grenades, which were not separated, from the body of the military service.

Triwala operation in the presence of two doctors who supervised the safety of medical staff and patients. pic.twitter.com/IxtCMs5H3s

The Telegraph newspaper writes that explosives experts watched the operation because of fears that the grenade could explode at any moment. The British newspaper also claims that the grenade was fired during a battle between Ukrainian and Russian soldiers in Bakhmut, Donetsk. This information was not confirmed by the Armed Forces of Ukraine.

The mayor of the region, Sergei Borzov, confirmed, citing The Telegraph, that an operation was carried out to “remove the VOG grenade.” [uma das que é utilizada pelos soldados russos] unexploded body of a military man” and wrote that operation “succeeded”.

The soldier who was operated on is on the mend. Surgeon Andriy Verba is considered one of the most experienced military doctors in Ukraine and has been operating on soldiers in the east of Donbass since 2014. Despite the details released, the Armed Forces of Ukraine do not disclose where and when the operation was carried out.

Share
Facebook
Twitter
Pinterest
WhatsApp
Previous article
Poland is the main host country for refugees from the war in Ukraine
Next article
National competitions for doctors are becoming punctual. Ministry of Health announces that hospitals will have autonomy to open tenders