Ethiopian rebels say they have begun deliveries of heavy weapons 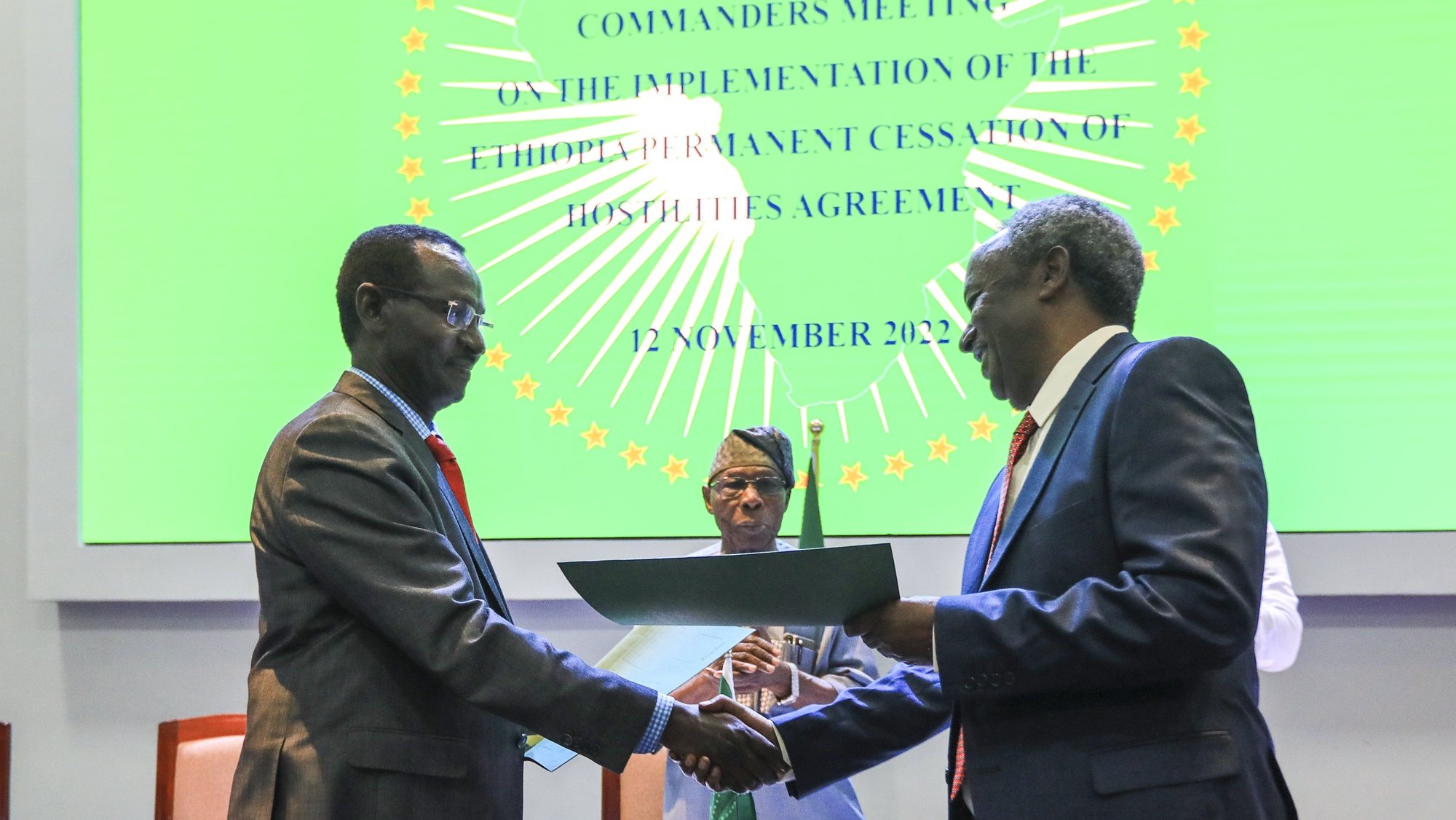 A spokesman for the rebel forces in the Tigray region said on Wednesday that they had begun deliveries of heavy weapons in accordance with a peace agreement signed with the Ethiopian government at the end of 2022.

Getachew Reda said on Twitter that he was awaiting the transfer of weapons, which was confirmed by the African Union monitoring team:will go a long way in accelerating the full implementation of the agreement.” Signed over two months ago.

Tigray forces are seeking the withdrawal of troops from neighboring Eritrea that fought alongside Ethiopian forces but were not involved in an agreement to end the conflict that has been going on for more than two years.

According to a document signed on November 12 in the Kenyan capital Nairobi concerning the implementation of the agreement, “the disarmament of heavy weapons will be carried out simultaneously with the withdrawal of foreign troops.”

Witnesses confirmed to The Associated Press that Eritrean fighters remain in some communities.

An Ethiopian government delegation, which included National Security Adviser to the Prime Minister Redwan Hussain and the Ministers of Justice, Transport and Communications, Industry and Labor, visited Mekele, the capital of the Tigray region, on December 26 for the first official visit in more than two years.

A few days later, on December 29, the Ethiopian Federal Police entered Mekele for the first time in 18 months, mainly to “secure institutions”.

The rebels claimed to have withdrawn 65% of the fighters from the front line, but condemn the atrocities committed by the Eritrean army and forces in the Ethiopian region of Amhara.

The peace agreement, signed on November 2 between the Ethiopian government and the rebels from Tigray, provides for the disarmament of the rebel forces, the restoration of federal authority in Tigray and the resumption of access and communications to the region, isolated from the rest of the world. from 2021. .

Fighting began in November 2020 when Prime Minister Abiy Ahmed sent an army to round up Tigray leaders who had been challenging his authority for months, accusing them of attacks on federal military bases.

the war drove out more than two million Ethiopians and left hundreds of thousands on the verge of starvation, according to the UN. Over two years of war, more than 13.6 million people in northern Ethiopia are dependent on humanitarian aid, including 5.4 million in Tigray.

The balance of the conflict remains unknown, with the International Crisis Group and Amnesty International calling it “one of the deadliest in the world”.

According to US and UN estimates that hundreds of thousands of people died in the conflict in the second most populous country in Africa, citing research by scientists.

Share
Facebook
Twitter
Pinterest
WhatsApp
Previous article
China describes the situation in the Taiwan Strait in 2022 as “serious” and “difficult”.
Next article
More Portuguese emigrated in 2021. The main destination was Great Britain. Outside of Europe was Angola